WELCOME TO THE WOOD – A MIDSUMMER NIGHT’S DREAM REVIEW

WELCOME TO THE WOOD – A MIDSUMMER NIGHT’S DREAM REVIEW 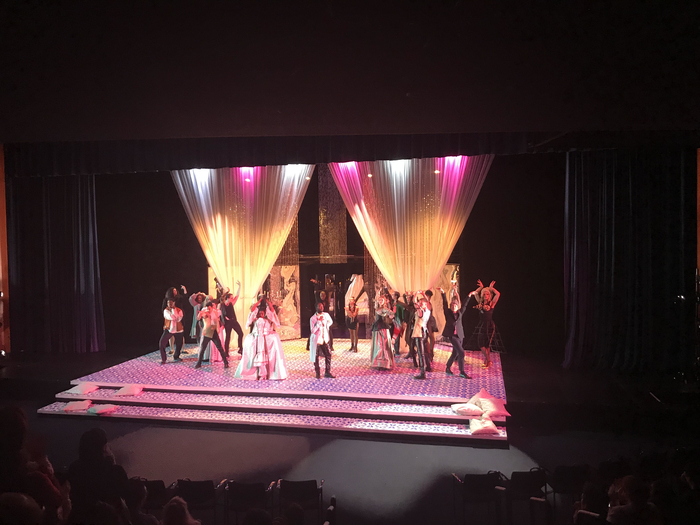 Pace University’s School of Performing Arts fall mainstage season kicked off on November 20th with a new Madonna-inspired adaptation of William Shakespeare’s “A Midsummer Night’s Dream.” Fourteen Madonna classics were woven through the original spoken text of Shakespeare. The show is a collaboration between the acting and dance program at Pace.
The production, “Welcome to the Wood, A Midsummer Night’s Dream” is directed by Grant Kretchik, the head of the Bachelor of Fine Arts (BFA) Acting Program at the Pace School of Performing Arts, and choreographed by Jess Hendricks, featuring Pace’s BFA’s Commercial Dance dancers. The creative team is comprised entirely of Pace University students, including set designer Brett Martinez, costume designer Arin Goldsmith, lighting designer Elijah Sullivan, sound designer Julia Riley, and props master Colleen O’Brien. The production is stage managed by student Lindsay Jones and company managed by student Emily Huber.
“It is as elegant as it is erotic, as sophisticated as it is sensual, and as timeless as it is tempting,” says director Kretchik. 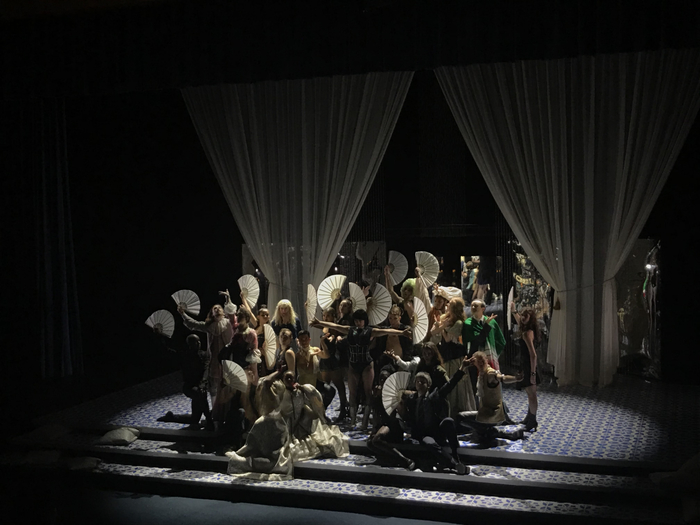 I was invited to peek in during their final dress rehearsal on Tuesday night and was able to stay long enough to witness the first act. Scurrying down Spruce Street to the Schimmel Center of Pace University in downtown Manhattan, which houses the theatre in which the show is performed, I had no idea what to expect from this production. Before the show, campy elevator music style Madonna songs filled the auditorium and definitely set the tone for the self-aware delight, beauty, and bawdiness about to take place. It was actually quite endearing to see the younger college student crowd bopping and dancing to the songs. Being a huge Madonna fan, my feelings were obviously bias about the fantastic idea for the show, but that also would lean me to being a harsher critic than most. The show began with an elegant Shakespearian vibe with a slight juxtaposition of modern technology, almost easing you into the coming fanfare. Soon, classic Madonna songs from every era of her career were wonderfully and delightfully sewn into the fabric of the 400-year-old play as if they were meant to be all along.  Even the floor design had similarities to the tiles in the background of promotional photos for her current “Madame X” Tour. The choreography was certainly fresh and frisky with occasional nods to some of Madonna’s wildest live performances and subtle references to some of her most iconic imagery. I’m actually not even sure some were intentional, but as a deeper kind of fan, I noticed them for sure. 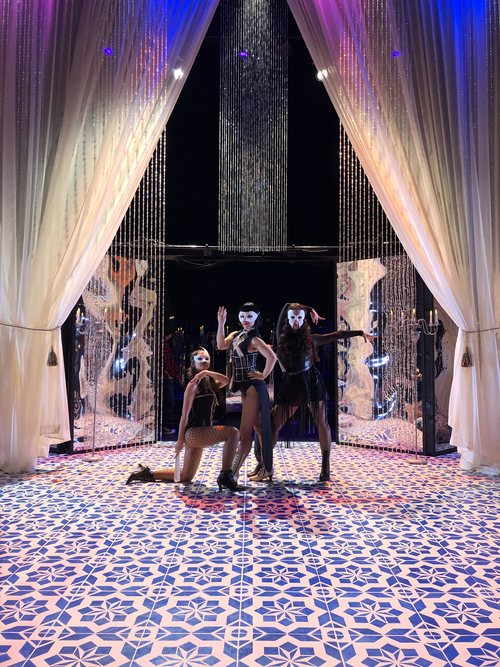 And now we fast forward to Friday night when I got to see the full production in its entirety.  I was surrounded by some of my favorite Madonna fan family members and we all got to experience it together.  The second act is where the story really went into overdrive.  Hearty jabs at the current administration in the White House were in full force as the ‘ass’ in which Titania falls in love with, thanks to a magic potion from the show’s protagonist Puck, resides in Nick Bottom wearing a bedazzled MAGA hat as a metaphor for Trump.  It was a very risky addition to the show’s structure and nuance, that became fully realized in the epilogue as the play within the play features the actors portraying various characters in the current circus that is the White House.  Melania’s infamous “I Don’t Really Care. Do You?” coat makes a guest appearance as well as Sarah Huckabee Sanders and more of the usual suspects.
The four young lovers, entangled in a bizarre set of love triangles were cast triumphantly and their success in delivering their Shakespearean verse as well as embracing the music of Madonna was absolutely brilliant.  The idea that most of the actors, who are college students currently, were most likely not even alive when the songs in the show were released not only shows their incredible acting abilities but also the true power, relatability and longevity of Ms. Ciccone’s catalog.
Being that the story is about female empowerment, various incarnations of forlorn love, hopeless romanticism, dramatic love triangles and more…Madonna’s penchant for the melancholy and the mighty power of the female makes her songs the joyously perfect accoutrements to this classic Shakespearean tale.  Among the many musical highlights is a short version of “Frozen” where all the fairies hide under Helena’s skirt and as their limbs protrude and create tension from beneath the garment they add to the dramatic splendor of the songs musicality.  It actually reminded me of similar choreography from “Justify My Love” from The Girlie Show back in 1993.  Do you remember?
Obviously, “Express Yourself” finds it’s way into the early section of the show as well as “Open Your Heart”, “Like A Prayer”, “La Isla Bonita”, “Like A Virgin”,“Material Girl”, a very cleverly used “Papa Don’t Preach”, “Sorry”, “Justify My Love”, and a rousing finale featuring probably one of her penultimate classics “Vogue”.  The choreography for the ballroom call to arms was so edgy and exciting, I could definitely have seen it on an actual Madonna tour.  Campy and sensual nods to her game changing Marie Antoinette inspired MTV VMA performance were basically built into the theme of the show’s costumes.
It was a joyous marriage of Shakespeare and Ciccone that was so well conceived and executed, we hope to eventually see the production take wings and end up possibly on a Broadway or off-Broadway stage in the future.  Throughout the show I also pondered what would be going through her mind if Madonna herself was in the audience and able to witness a true celebration of her biggest and most iconic messages and melodies.    We will certainly be following up to see where this ambitious and stupendous production goes in the future.
Check out a mini interview with the director here:  https://instinctmagazine.com/a-midsummer-nights-dream-reinvented-through-the-music-of-madonna/
Thank you to Chauncey Dandridge for the review
Thank you to Grant Kretchik for the opportunity and the images
November 25, 2019
Tags: WELCOME TO THE WOOD - A MIDSUMMER NIGHT'S DREAM REVIEW
Share this post
Share on FacebookShare on Facebook TweetShare on Twitter
Go to Top
We use cookies on our website to give you the most relevant experience by remembering your preferences and repeat visits. By clicking “Accept”, you consent to the use of ALL the cookies.
.
Cookie SettingsAccept
Manage cookies