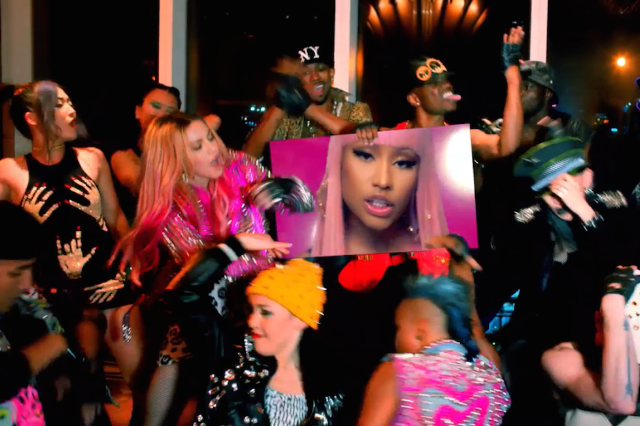 Though Madonna’s recent album Rebel Heart didn’t do much to sway outsiders to her camp, the iconic pop star has continued to support the LP with all her might, continuing that campaign today with her flashy, all-in music video for arguably her best track in half a decade, “Bitch I’m Madonna.” The song features a blistering verse by Nicki Minaj — who, of course, shows up in the video — but Madge’s visual also sees appearances by other members of the pop elite like Beyoncé, Katy Perry, Miley Cyrus, and… Rita Ora (who?).

Other cameos include Chris Rock, Diplo, Alexander Wang, Kanye West, and many more. All that stuffing might lead you to believe the “Bitch I’m Madonna” video would be a bit overcrowded, but in honesty, it skews much closer to her legendary “Hung Up” video in its grandeur and ambition than it does her campy“Living For Love” attempt. Check it out — where else? — exclusively on Tidal (orright here if you’re not a subscriber).