Wanna watch Madonna live for free? Here’s how (for Filipino fans only) 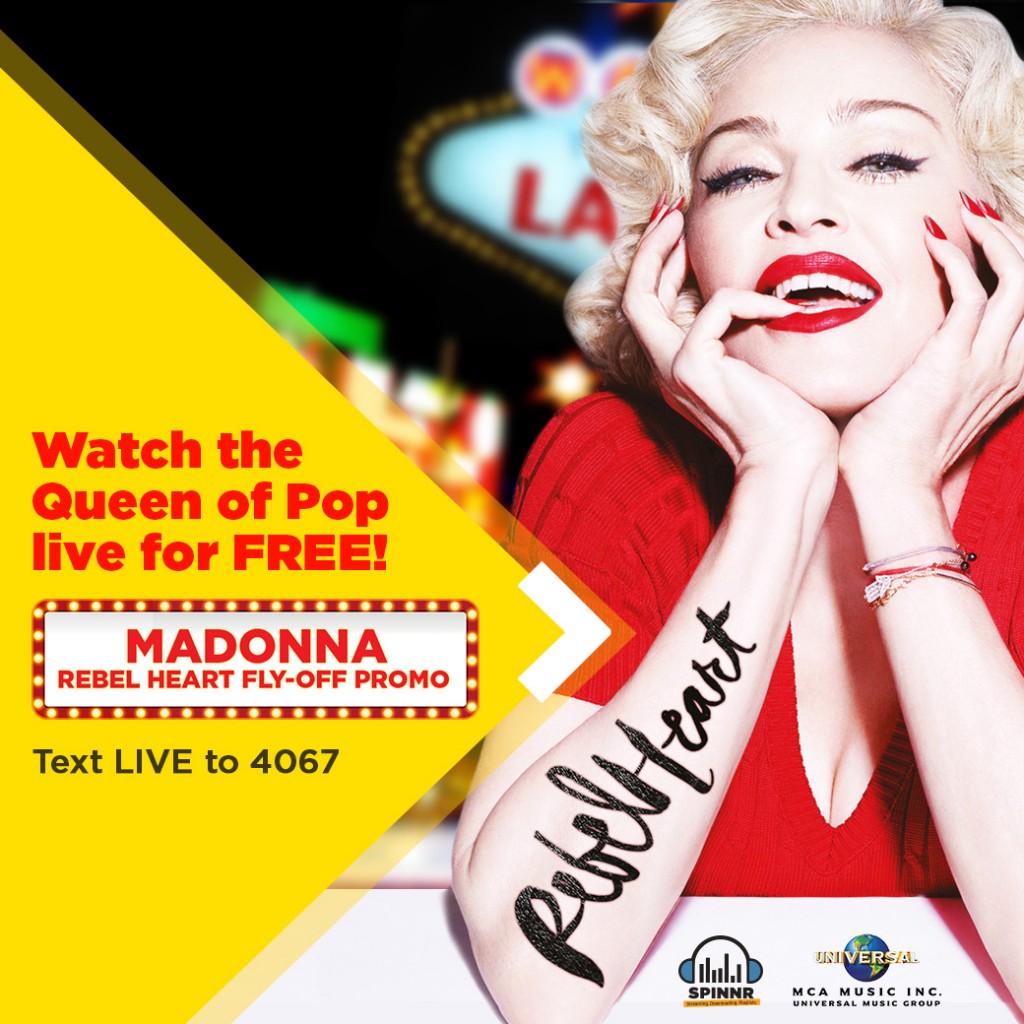 Seeing their favorite singer perform live is the ultimate dream of every true-blue fan.

So when organizers announced that the Queen of Pop Madonna is finally coming to the Philippines for a concert decades after she burst into the international music scene, Iconers, as Madonna fans are called, couldn’t contain their excitement.

But it was also a heart-breaker for many of her fans when the ticket prices were announced with the most expensive VIP ticket costing over P50,000. For that amount one can already buy a brand new iPhone 6 Plus or cover their entire tuition.

But as they say, ‘Dreams do come true.’ The prayers of many fans have been answered as they will now get a chance to watch Madonna live — not in the Philippines, but in the entertainment capital of the world, Las Vegas!

Three winners will get a three-day trip for two to Las Vegas. Apart from the plane ticket, the winners will also be given complete hotel accommodations, meal allowance, transportation budget, and concert tickets to Madonna’s Rebel Heart concert at the MGM Grand Arena.