Welcome to the madness that was UP FOR GRABS! The stage-play that Madonna starred in at the Wyndhams Theater on London’s West End in 2002.

Madonna did a fantastic job on stage every night and it was the ultimate opportunity to spent over 2 hours in a very intimate setting with her (remember this was a long time before MADAME X). It had become a daily task for fans to see Madonna arrive and depart at the location. Madonna would sometimes arrive at the main entrance of the theater or she would use different routes through near restaurants and other theaters.

In our photo gallery we have 26 photographs detailing the final five dates of the play, including the fan hysteria. We have tried to improve the quality of these photographs, but since they were all taken with a disposable camera, there’s only so much you can do. 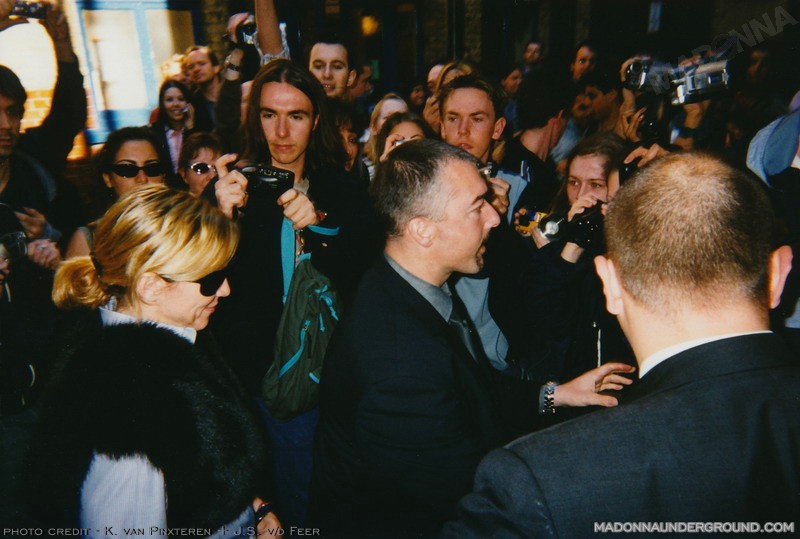