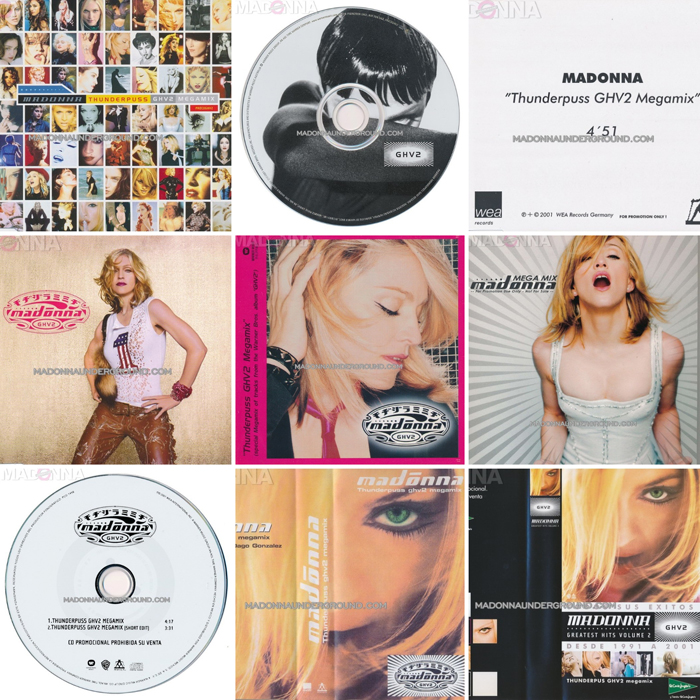 After a long (Madame X) break we are picking up the discography again. So where did we leave it? We had just finished scanning and photographing the releases of the ‘Music’, so now moving on to the GHV2 era!

Brand new is our discography to the promotional only release of the Thunderpuss GHV2 Megamix, a remix that was released to promote Madonna’s follow-up greatest hits collection to ‘The Immaculate Collection’ from 1991. Madonna’s record company even released a promotional video for the megamix.

We have collected 11 different pressings for this promotional track in our discography, check it all out HERE