THE STATE OF POP: Madonna’s Rebel Spirit Rages On 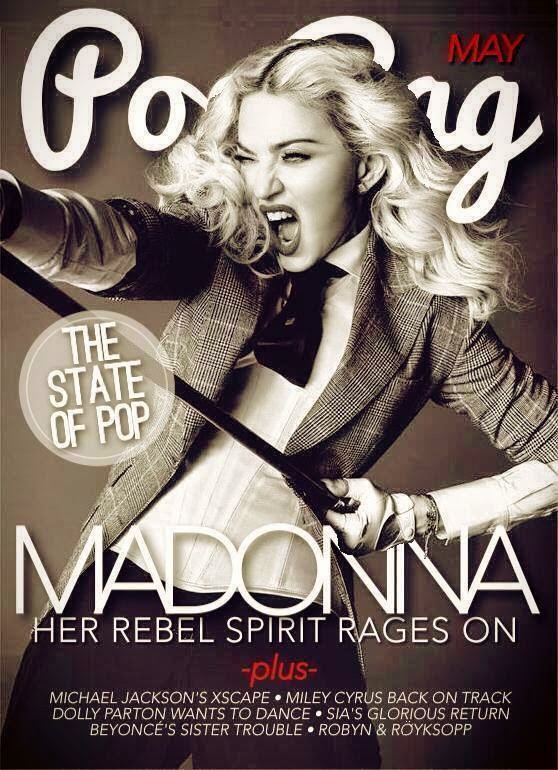 The true test of a great artist is their ability to adapt and evolve with the times. Especially those of Pop music, a genre littered with the bones of those who found it just a little too difficult to grow their brand into something that lasts forever. But one artist has found a way to wrestle us to the ground to accept that she’s not going anywhere anytime soon. No matter how hard we try to bury her in blond pop replacements, Madonna is forever.

And this is why:
Britney Spears, Christina Aguilera, Beyoncé, Rihanna, Lady Gaga, Katy Perry, Nicki Minaj and a slew of others that have come and gone who have studied the book of Madge to the very letter. A book of self reinvention, self promotion, self liberation, and especially the chapter on how to use their sexuality; not as a prop for men to ogle over and use it at their discretion but to use it as a weapon of total and utter female domination and control. These artists have come in the wake of the greatest of them all, and in a way are Madonna’s true legacy to pop music. She’s created The Powerful H.B.I.C, in her very own image.

And in no way is she slowing down. Her newest adventure brings us to arguably her most exciting era ever. Madonna is on a mission of freedom! Her life’s journey of “express yourself, don’t repress yourself” is showing it’s full face now thanks to the horrors of real world problems, especially the events of 2012: Pussy Riot and all that the Anti Gay propaganda in Russia that birthed her ArtForFreedom project that is sure to become a major theme in her next project.

Madonna’s rebel spirit hasn’t died or slowed with age and time. If anything it’s become more enraged more agitated and much much MUCH more inspired. Relevance no longer exists in the margins of Billboard Magazine or in the airwaves of radio. Those are the dark ages. Its now about how fast and how well your message comes across to the masses, and Madonna is ready to Let. Us. Have. It, as it were for the very first time.