The official USA Promo cd’s for the Rebel Heart singles

Living For Love was the official first single, loads were pressed mostly to be handed out during release parties and as giveaways.Ghosttown and Bitch I’m Madonna have been pressed by the same company that pressed Living For Love commissioned by Madonna’s management and record company in the US.

Ghosttown and Bitch I’m Madonna have been pressed in limited quantities, but both are genuine (and not DJ pressed cd’s). Due to the many homemade ‘promo’ cd’s on ebay it’s hard to find a genuine product.

Warner Music NL mostly did use both the official German and USA promo cd’s and did not print their own (Revolver was a Benelux only promo cd). 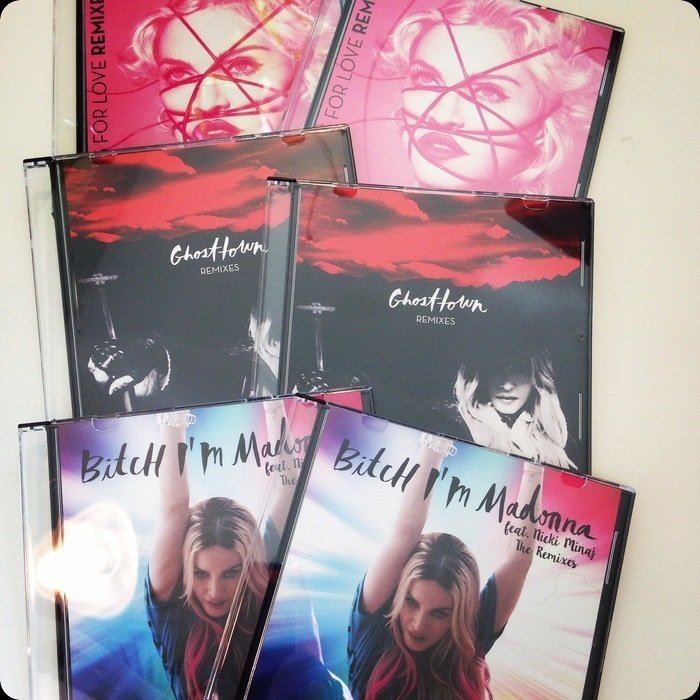