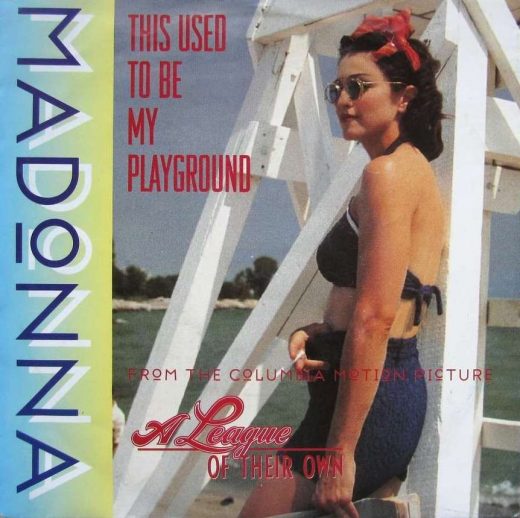 In 1985’s Desperately Seeking Susan, her first real movie role, Madonna played a sort of cartoon version of her pop-music persona. The film did fairly well, and Madonna was a revelation in it. But after Susan, Madonna made a much-publicized pair of critically-detested flops, Shanghai Surprise and Who’s That Girl. 1990’s Dick Tracy was a pretty big hit, and it got some extra publicity from Madonna’s tabloid-friendly relationship with co-star Warren Beatty. One of the songs on Madonna’s tie-in album I’m Breathless was the Stephen Sondheim-written “Sooner Or Later,” which won an Oscar, and another was “Vogue,” one of Madonna’s biggest hits. She’s good in Dick Tracy, too. But Dick Tracy was less movie-star showcase and more comic-strip spectacle.