Madonna played Brussels during The MDNA Tour on this day 10 years ago. Despite many negative reports by Belgian press, the stadium was packed. Madonna treated her fans to an extensive rehearsal and various meetings with the crew.

Unfortunately it was pouring rain throughout the show, but despite that Madonna performed “Like a Virgin” underneath an umbrella in a bra. Madonna asked the crowd to stop smoking but unfortunately people never honoured that request. She said that she had a bit of a cold and wasn’t too happy about playing in the pouring rain.

Check out our updated photo gallery of the event HERE 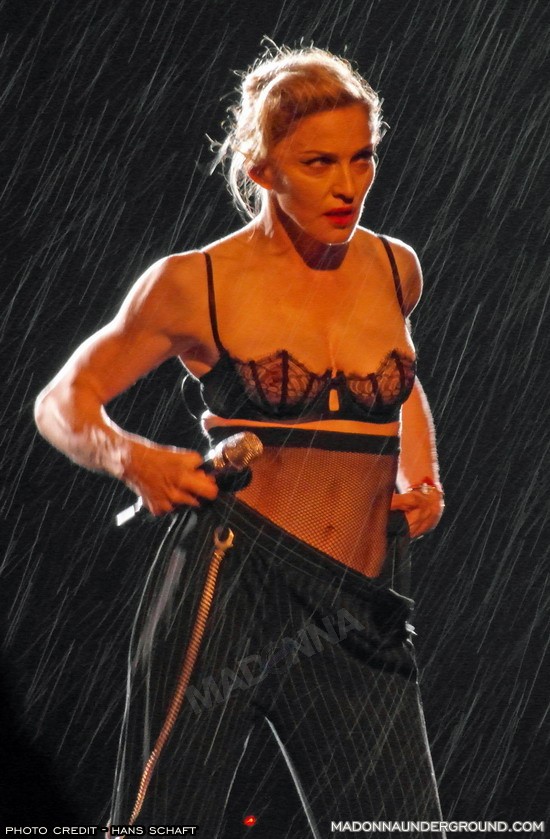