25 years to the day of the original release date; Madonna Fan Party UK invites you to their 21st London Madonna Fan Party to celebrate one of Madonna’s most iconic albums. Like A Prayer is Madonna’s 6th biggest selling album, and hit No.1 in 18 countries and spawned 6 worldwide hit singles. The 2 biggest hits from the album ‘Like A Prayer’ and ‘Express Yourself’ have been staples of Madonna’s record breaking tours ever since.
We’ve been working hard behind the scenes ever since the doors were closed on the last party and this looks set to be our biggest and best party yet. Fans from 15 countries flew in from around the world to our last party which saw fans dance to Madonna music for over 8 hours and win Madonna prizes including signed items, promo posters, DVDs and BluRays. The Like A Prayer 25 Year Celebration will be a continuous tour de force of Madonna music and visuals – expect all your favourites as well as many surprises along the way.

As usual entry is free, doors open at G-A-Y Late, Goslett Yard, Soho at 2pm, with the continuously sequenced Like A Prayer album with accompanying visuals played in full from around 3pm – so do not be late! 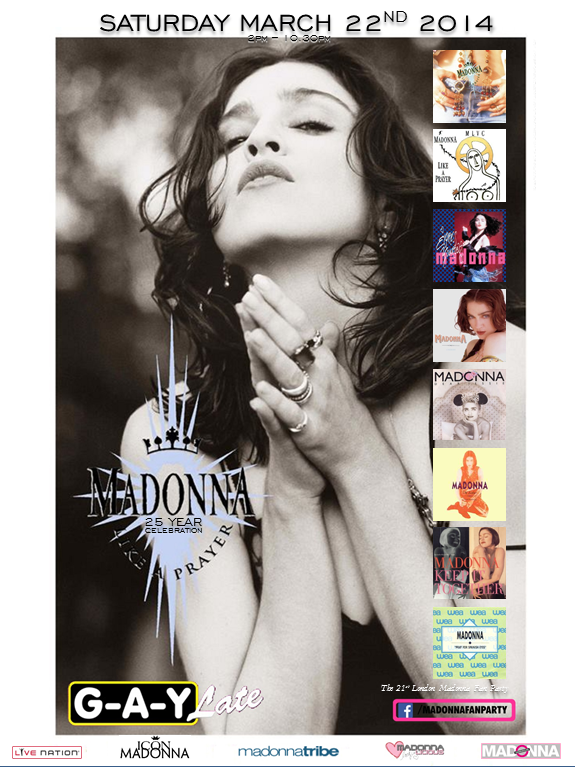