Madonna started her first of two shows at the Amsterdam ArenA during The Confessions Tour at 9.30pm, which was late by her standards back then (now we refer to it as ‘early’). There were various protests outside the Amsterdam ArenA, mostly influenced by Dutch political party SGP as they labelled Madonna’s performance of “Live To Tell” sacrilegious. Flyers were being handed out to waiting fans that said “Madonna – Jesus Loves You”. They wanted the performance cut or demanded a cancellation of the entire show.

In true Madonna style, she went on to perform the full “Live To Tell” song and didn’t change a thing. There was an issue with the sound near the end of “I Love New York” and Madonna was told to stall time and wait to perform the next song. When the issue was fixed she performed a flawless “Ray of Light”, however the next issue came up when the lights in her cape at the start of “Lucky Star” failed to work. Madonna stood there opening up her cape and……nothing. Thankfully this did not take away from a fabulous outstanding performance of tonight’s show. 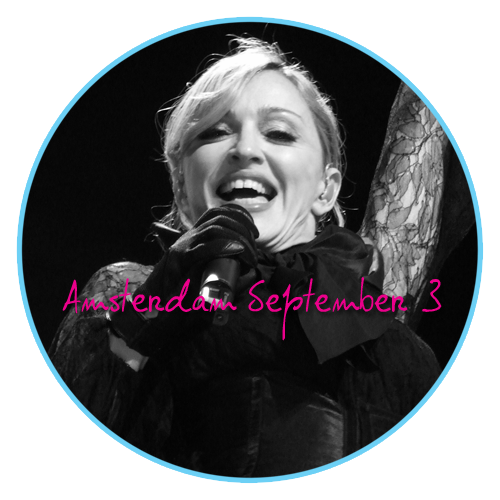