Lenny Kravitz joined Madonna on stage for “I Love New York” at Madonna’s fourth and final Confessions Tour stop in Paris in 2006. The surprise guest played guitar on the track and the pair sealed the performance with a kiss.

One of the dancers (“Jump” and “Hung Up”) came and hung out at the barriers all ready with the cowboy hat on. Of course the “fan” she takes the cowboy hat from during “Let It Will Be” is obviously a member of the crew. Madonna’s speeches before “Drowned World / Substitute For Love” seemed to become longer and longer every single night. Fans who traveled from all over the world to be there, brought along flags and Madonna made it a habit to name the countries.

When the show ended we ran into dancers Cloud and Tamara right outside Bercy. The next day we found ourselves in the same Thalys as the entire Confessions Tour crew (including Guy Oseary) from Paris to Amsterdam. We chatted to them at the bar and posed near the toilets for pictures….

Check out the full updated photo gallery of the August 31, 2006 performance now HERE 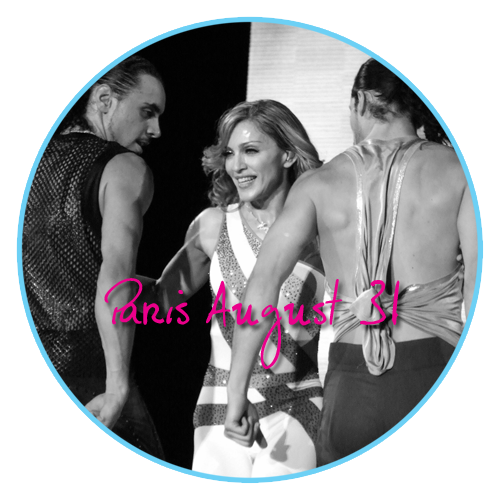