Join us and revisit Madonna’s third of four sold out nights at Bercy during The Confessions Tour in Paris. We’d been able to catch Madonna while leaving her hotel again, Madonna chose to smile to the waiting crowd this time around.

Madonna gave a flawless performance tonight despite a technical hiccup during ‘Let It Will Be’ leaving Stuart Price confused with his hands up in the air as seen in one of the photographs. Madonna tried her best but it never got back on track as it should, so instead of grabbing the camera (for the live feed on the screens) with her hand, she stuck her ass in it. Madonna addressed the technical issue during her speech and it seemed fixed by the time she sang “Drowned World / Substitute For Love”.

Click HERE to check out 59 photographs of the third Paris show. 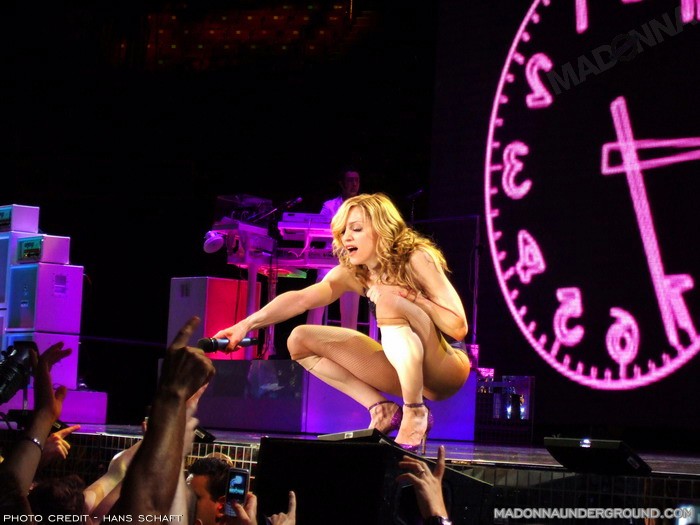