Madonna had a hangover in Hannover, at least that’s what she told the crowd at the AWD arena during The Confessions Tour in 2006. After the slightly cranky performance in Dusseldorf Madonna seemed to be enjoying herself a lot more during her second and final show in Germany.

We spoke to a few crew members right before the show, including Mr. Guy Oseary who all confirmed that Madonna was in much better spirits for this show. Madonna joked around, kept making silly faces to her band and dancers and disappeared inside her winter coat during “Drowned World / Substitute For Love”. 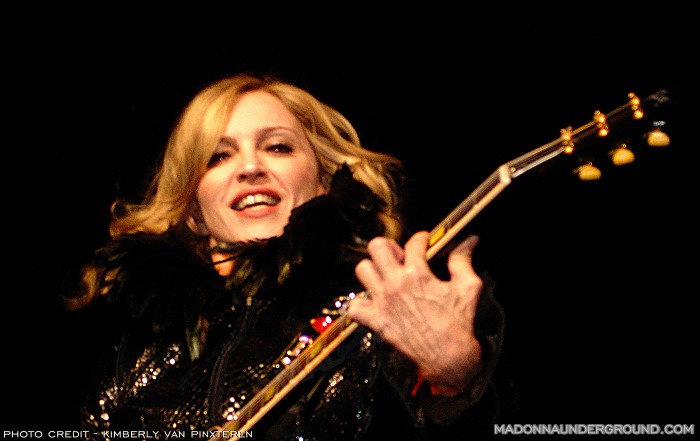