Once the show got on she was able to smile a lot more (check out our “Like a Virgin” photographs) but there was little to no response when she addressed the crowd, so at one point she asked “Do you speak English?”. Madonna clearly wasn’t having her best night, thankfully things were looking up once she got to Hannover for the next show. 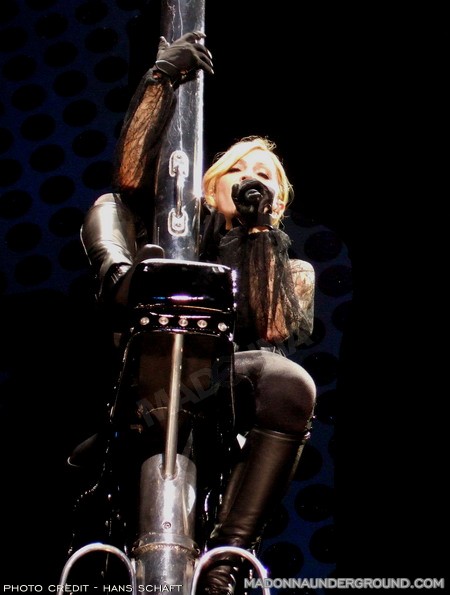