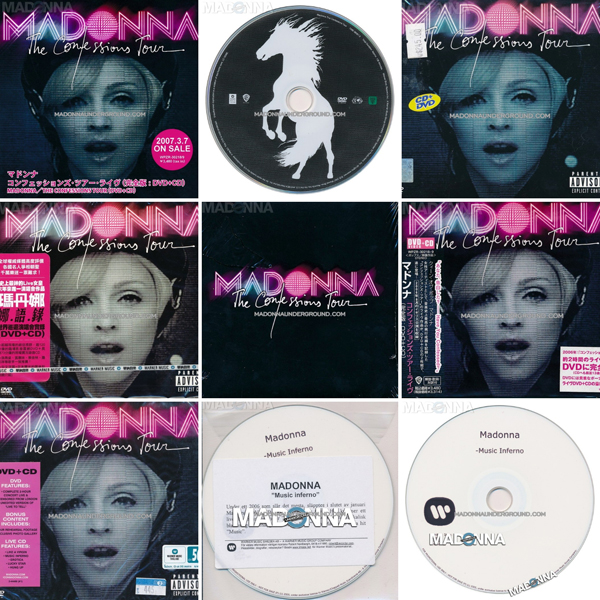 New in our discography is The Confessions Tour release from early 2007!

This was Madonna’s first full live recording on DVD since the Drowned World Tour from 2001 as the Re-Invention Tour was unfortunately never released on DVD in full.

The concert film was released as a DVD+CD set but also a single DVD was available.

To promote the release Warner pressed some promotional singles such as for Jump (Japan) and Music Inferno (Sweden) these have also been included in the discography.