We caught Madonna leaving the Amstel Hotel on the day of her second and final show in Amsterdam during The Confessions Tour in 2006. The ‘Madonna – Jesus Loves You’ praying party was present outside the Amsterdam ArenA again. This time however they felt the need to tell the people that had come to see the show that Madonna’s motto was ‘Ring My Bell…Welcome To Hell’.

Madonna performed another outstanding show and posed for our camera during “Let It Will Be’. It was the very first time we were granted a press photo pass to be able to photograph the show (the first three songs) professionally on the sounddesk. These photographs are coming up soon!

Check out photographs of Madonna leaving the Amstel Hotel, the sounddesk inside the ArenA and of course the show in our updated photo gallery HERE 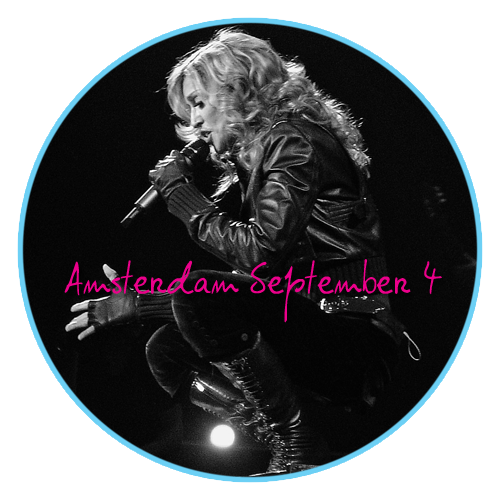