The Comic-Book Movie Peaked 30 Years Ago, With “Dick Tracy” 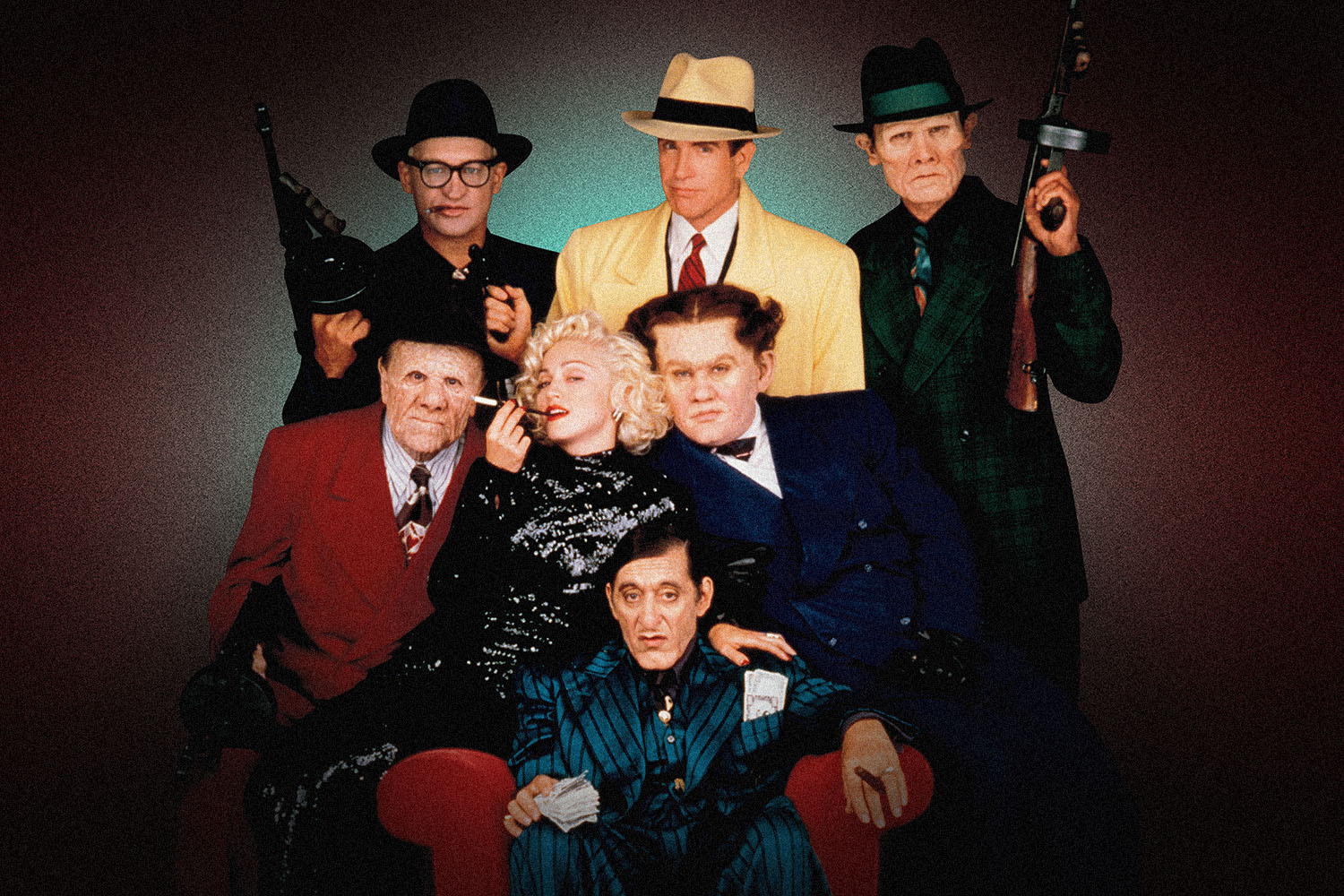 Despite what you may have heard, comic-book movies peaked 30 years ago, well before the genre would go on to dominate multiplex screens and cultural conversations.

On June 15, 1990, the third film directed by and starring Warren Beatty (after the 1978 comic fantasy Heaven Can Wait and the 1981 historical epic Reds) was released to much fanfare. Dick Tracy, an adaptation of the hardboiled ’30s comic strip, is a fever dream of a movie packed with New Hollywood stars like Al Pacino, Dustin Hoffman and James Caan hamming it up in front of garish, proudly artificial backdrops. Madonna winkingly sizzles as a femme fatale lounge singer (singing original songs written by Stephen Sondheim and accompanied on piano by Mandy Patinkin, no less) and the film fills out its admittedly thin plot of a good guy fighting bad guys with stylish montages that are equal parts ’30s Hollywood and MTV music video. Watching Dick Tracy today, the film feels more relevant than ever — it stands out as a model of how to make a movie that looks and feels like an old-school comic in all its lurid glory.

The film came just a year after Tim Burton’s blockbuster Batman and shares with it a heightened style, Danny Elfman score and vigorous marketing campaign. In an episode of her podcast You Must Remember This covering the Madonna/Beatty relationship, critic Karina Longworth called Dick Tracy an “even more sophisticatedly designed movie than Batman, and even more surface oriented.” Beatty’s film was hardly just an attempt to cash in on the burgeoning popularity of comic-book movies. The actor/director had been interested in adapting Dick Tracy since 1975, and the property was optioned in 1977. Directors from Martin Scorsese to John Landis to Walter Hill were attached to the film over the years, until Beatty finally bought the rights and decided to directed it in the late ’80s.

Dick Tracy may be Hollywood product (a contemporary cover story in Newsweek proclaimed that everyone knew about the film, “unless you’ve been living in an igloo somewhere near the North Pole, with no access to a satellite dish, a newspaper or a shop that sells $300 Dick Tracy silk pajamas”), but it’s far more aesthetically adventurous than comparable mainstream films today. The film was distributed by Buena Vista Pictures, a division of the Walt Disney Company, with an attendant huge promotional budget and much summer movie hype. There were Dick Tracy McDonald’s toys, cups and scratch-off cards, and even today a search for Dick Tracy merchandise on eBay brings up thousands of results. It’s easy to dismiss a film with this level of marketing as Hollywood at its most corporate, yet the film bears many signs of being a labor of love. In an Entertainment Weekly article Beatty said, “When I realized I was going to direct it myself, I evolved a concept that it could recapture my point of view at the age of six or seven when I was really interested in the strip … Emotionally, I began to get interested in that childlike feeling about the thrill of bright, primary colors, the sight of the stars and the moon, and people with primary emotions.” The kids today might put it more simply: Dick Tracy did not have to go that hard, but it did.