Reaching the 25-year mark is a crowning achievement for any fashion brand these days, particularly one who remains privately owned and fiercely independent.

For twin brothers Dean and Dan Caten, who are celebrating their label Dsquared2’s 25th anniversary this year, much of that success can be attributed to the music world’s most iconic women who have supported them throughout their careers.

Legends like Madonna, Britney and Christina have all helped propel the Catens’ brand into the global mainstream, while supermodel Naomi Campbell’s famous opening walk for Fall 2004 cemented its place in fashion history.

It’s been a wild ride for the designer duo, who were raised in a small town in Ontario, Canada, went to New York to study at Parsons and moved to Italy where they remain and show today. From their menswear roots, Dsquared2 now encompasses an entire lifestyle offering including womenswear, beach/ underwear, children’s and fragrance.

To commemorate 25 years in business, PAPER caught up with Dean and Dan to reflect on some of their biggest pop culture/ celebrity moments and how they impacted their careers.

When They Dressed Madonna Early in Their Careers 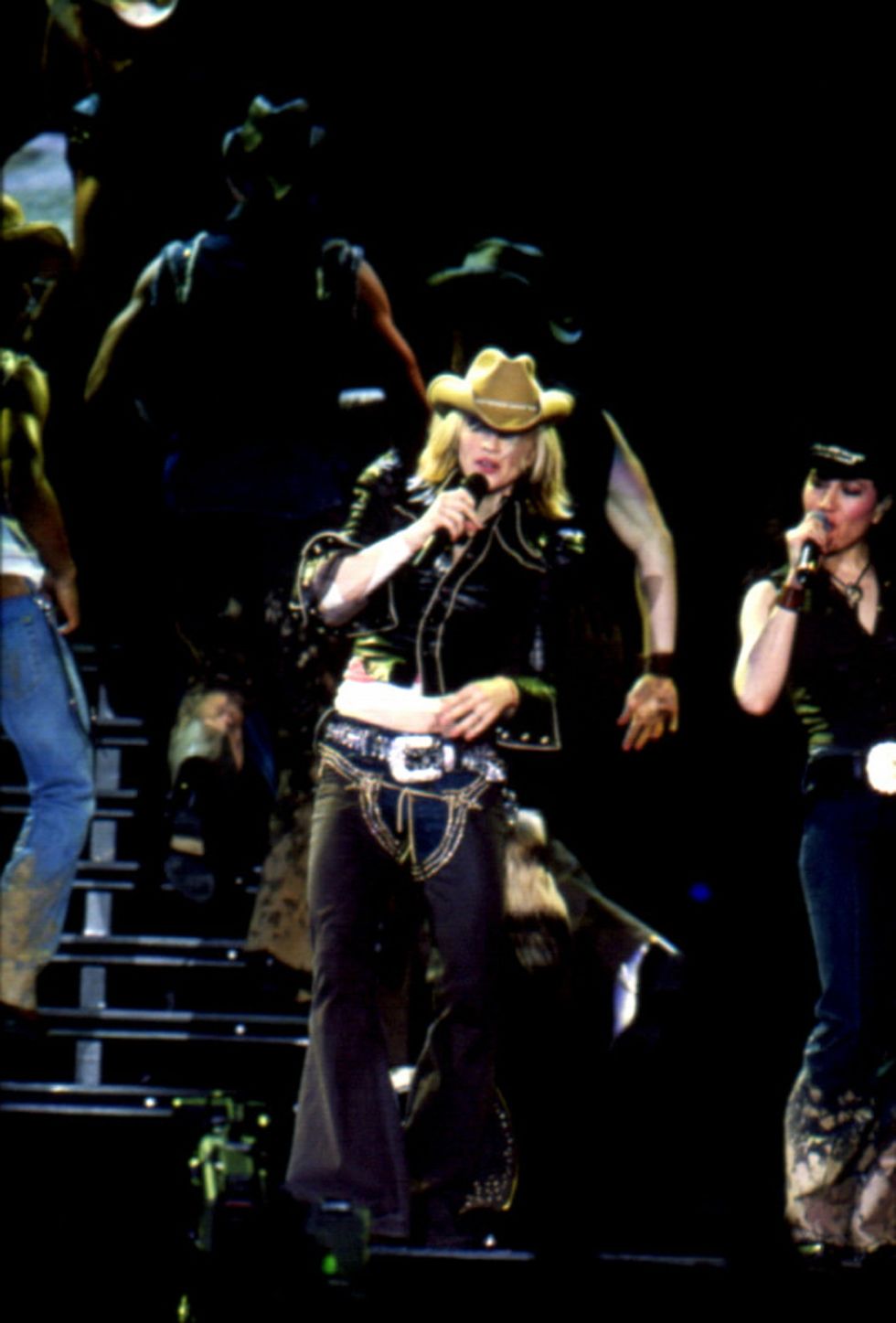 Dan: Working with Madonna was an honor and an essential moment for our career. Still overwhelmed by that emotion. We weren’t that well known at that time. Jamie King, her creative director and a friend of ours, called asking for some of our men’s collection. We selected some looks for her and sent everything right away. She started by wearing our jeans and ended up customizing some items for her 2000 “Don’t Tell Me” music video and for a segment of her Drowned World Tour. That drove us to start designing our womenswear line.