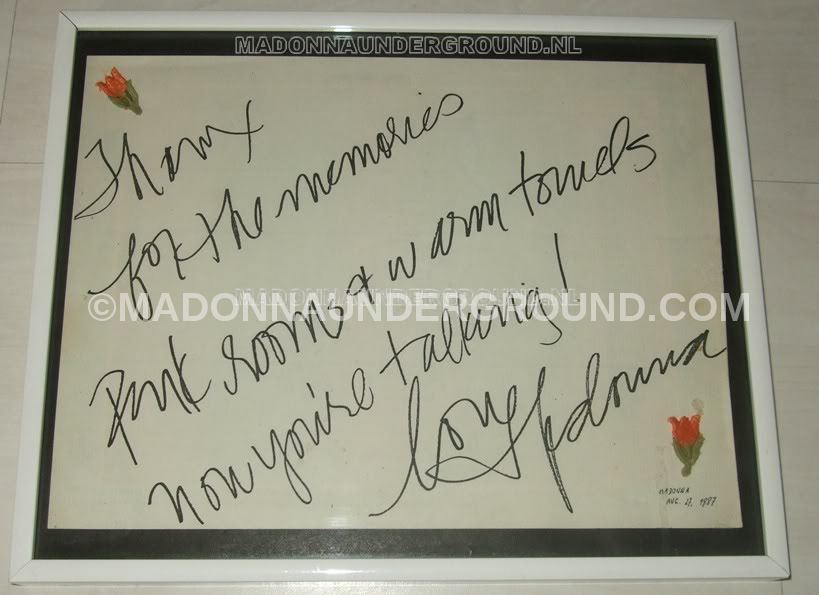 When Madonna made her first ever appearance in The Netherlands, she performed two sold out Who’s That Girl shows in 1987. Madonna was everywhere.

While she was in Holland she stayed at the Amstel Hotel in Amsterdam and wrote this note to one of the maids working at the hotel the day after her final show in Rotterdam as a thank you.

Now in private possession of yours truly.