Swift documented the fun outing with a selfie of her and Porowski, as well as other friends, on her Instagram Story, praising the “Like a Prayer” singer for putting on an incredible performance.

“Thank you Madonna for an outstanding show,” she wrote. “Shout out to the phenomenal dancers, singers, musicians, set designers, crew, wardrobe, glam and M who gave it EVERYTHING.”

The setlist for the show was packed with tracks from Madonna’s latest album, Madame X, but also included classics like “Human Nature,” “Vogue” and “Like a Prayer.”

After multiple gigs at Brooklyn’s BAM Howard Gilman Opera House, the concert series will have a short residency at the Chicago Theatre in Chicago in late October, then another at Los Angeles’ Wiltern Theater in November. 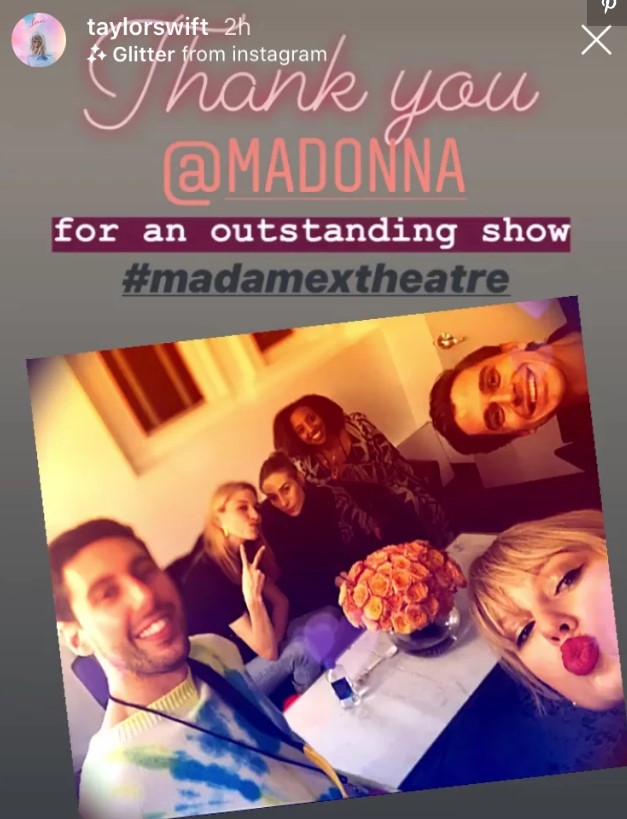