Tatler Magazine is celebrating its 310th issue by paying homage to one of its best decades: the 1980s.

The luxury society title has released a number of vintage covers from the period kickstarted by legendary editor Tina Brown, which saw stars including Madonna, Kylie Minogue, Miss Piggy and a curiously costumed Vivienne Westwood cover its issues.

In the December issue the British publication celebrates a rich history, including being on the scene when “Trump tower opened in New York in 1983” as well as its 1982 purchase by publishing powerhouse Conde Nast.

Indisputable 80s icon Madonna also posed for the magazine in an unusual shoot, which saw her draped in towels and a stack of silver bangles with a signature crucifix hanging from her forehead. 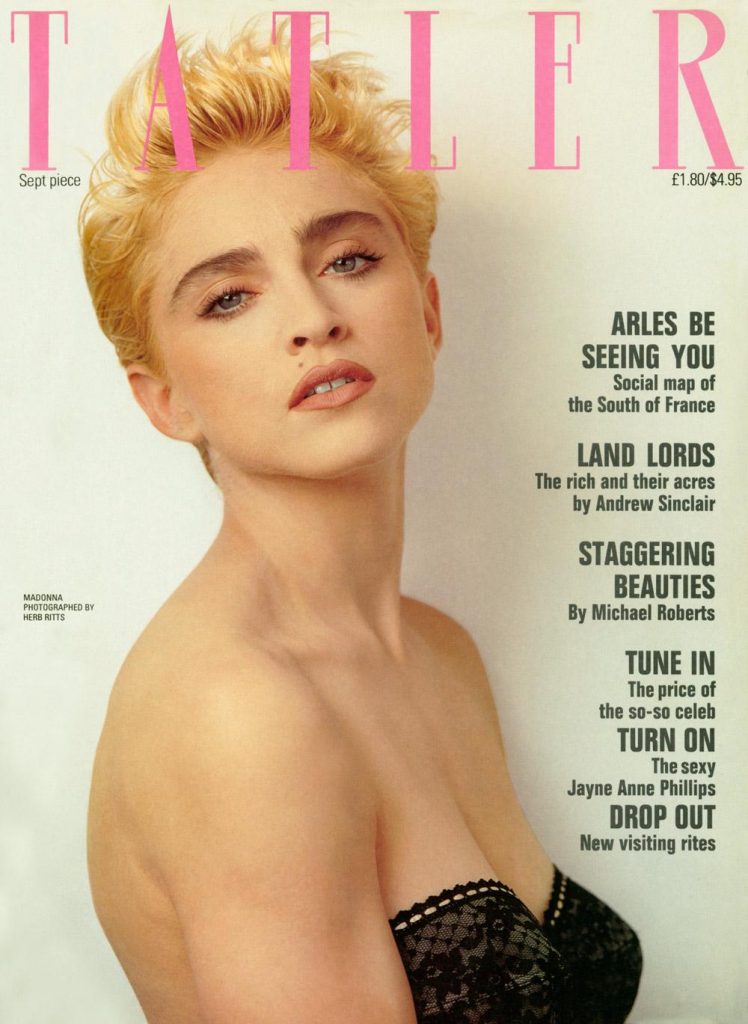 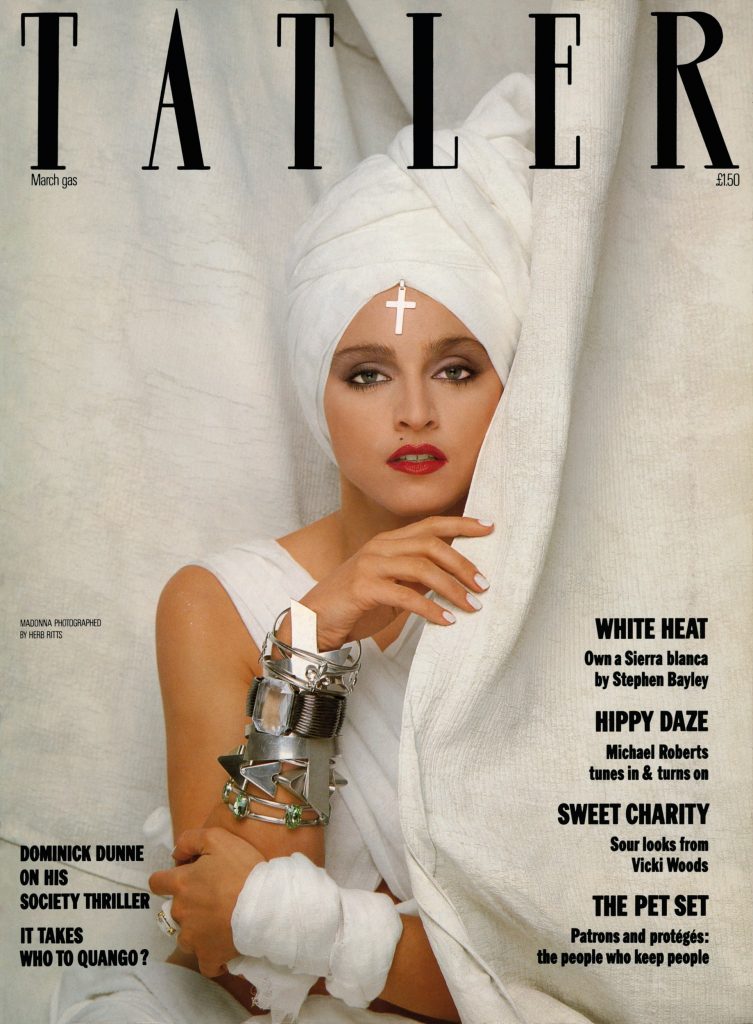