Madonna’s film ‘Swept Away’ has just been released in the U.K. on blu-ray. The film directed by Guy Ritchie wasn’t very well received at the time, but it is hardly as bad as the critics make it out to be. Though I have to admit that is based on personal opinions.

The blu-ray is excellent quality with crystal clear image and features the making of, 16 deleted scenes and audio commentary from Guy Ritchie aned Matthew Vaughn. Just the extra’s alone make this a worthwhile purchase.

We have added the images of the actual blu-ray to our Swept Away page. 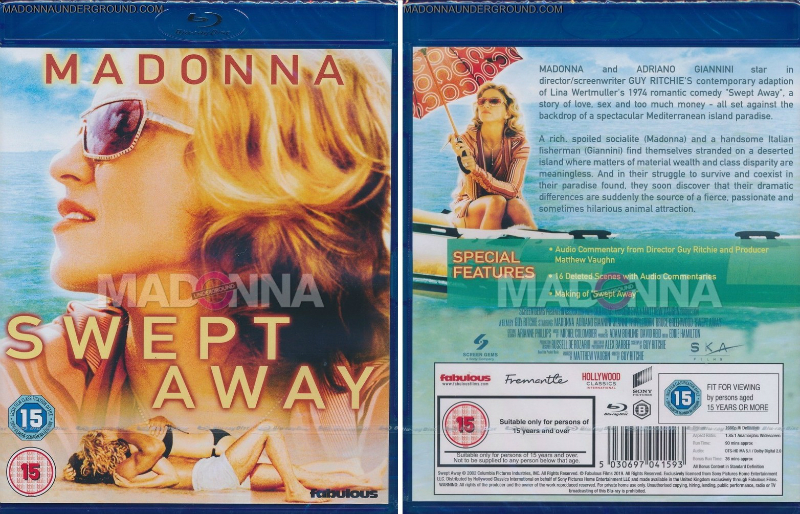