‘Strike a Pose’ in the USA finally – get the details! 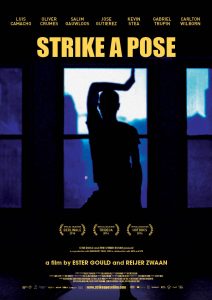 ‘Strike a Pose’ was THE film for us in 2016 and we are very pleased that the film will finally receive its official theater release in the USA. Strike a Pose will be featured in IFC Centre in New York from January 18 and from January 27 another week in Leammle Fine Arts Theatre in Los Angeles. You can also see the film in San Francisco, Dallas, Chicago and other states, for a full list of dates click here.

We can’t say enough how incredible the film is, and what an amazing impression it will leave on you. For the Madonna fans that are still worried that she’s being discussed in a negative light we can confirm that you do not need to fear as there is nothing but positivity when it comes to her. There is some incredible footage in the movie from ‘Truth Or Dare’ (for which was given permission) and archive news footage of the Blond Ambition Tour. This film is all about the dancers of THAT groundbreaking tour and what happened to them after it?

It’s quite an emotional journey from beginning to end, but you can’t help but be touched by the honesty and vulnerability of the dancers. Ester Gould and Reijzer Zwaan did an incredible job on this film, we truly urge everyone in the USA to go out and experience it!

Check out the American Trailer!