It was September 2015 when I was approached by someone in Holland asking MadonnaUnderground if we could help with Madonna archive material from the Blond Ambition Tour era for a new Dutch production. We quickly learned that it was a documentary on the dancers of the Blond Ambition Tour titled ‘Strike a Pose’ and that they were in the last stages with editing. 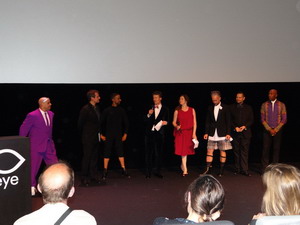 When we learned what the movie was really about and it wasn’t going to be a ‘bash Madonna’ movie we were happy to help. The months that followed I updated the site regularly with updates surrounding the documentary. When the movie was finished and premiered in Berlin, I was so excited I had difficulty waiting for the Dutch release date.

I was very honored to learn that we were selected to be part of the official Dutch premiere at the EYE in Amsterdam on May 23, 2016. The premiere was an exclusive event for those that made this movie possible, including the production company, directors and dancers. Fred was joining me at the premiere and flew in especially. The dresscode was festive so we needed to drop our daily outfit and get into something stylish.

When we arrived at the EYE we were surprised seeing so many ‘Strike a Pose’ posters, billboards, postcards and goodie bags. Happy when we got one upon registering with the lady that checked people on the guestlist. We saw a red carpet and a lot of people in suits, even some ‘well known Dutch celebrities’. We were quite thirsty but drinking the free prosecco made it all better. There was a buzz in the air and we were completely excited to finally see the movie the best way possible.

We saw the people that attended the early screening leave, and afterwards got to enter the cinema for the 21.00 premiere. We were seated on the third row right behind the seats that were reserved for the dancers and directors. It was fully booked and some people were even left without seats.

The dancers walked in to a very warm welcoming applause and quickly took their seats.

What can I say about the movie? I won’t be using difficult grammar, just to make me seem like a very intelligent ‘writer’ applying for a job as a columnist at a serious newspaper. No, I’ll leave tha 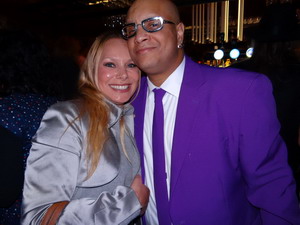 From the start of the movie I was deeply impressed by how humble and sincere the guys were. How incredibly difficult this must’ve been for them, after 26 years talking about that time with Madonna and what happened to them after the tour. Discussing how difficult it was to hide the fact that for example Salim and Carlton were diagnosed with hiv before the tour started. How scared Carlton was to be kicked out of the tour, so he kept it a secret. How incredibly uncomfortable Salim was on stage when Madonna spoke to the audience about the passing of Keith Haring and that he had died of aids. He couldn’t wait to get off stage. Gabriel Trupin’s mother…….so sad. 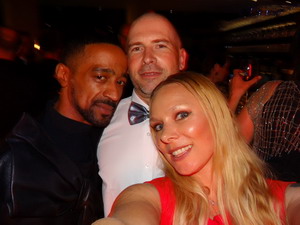 ished for her son to have continued to show his incredible talents so he could buy her that certain house. Let’s not forget Oliver the parrot who used to be homophobic but completely changed when he met these guys. The beautiful Carlton that seems to be such a strong man, an invincible individual and a true inspiration. The legendary Luis and beautiful Kevin stea. While viewing the documentary you feel like you begin to really know them, feel like hugging them, telling them that they’re all so brave for doing this documentary. When they cry, you cry with them.

It’s very rare that I watch a movie and cry from start to finish but that’s what happened here. It moved me to such an extent that I wanted to hug them all and tell them how much I admire them and how important they are to so many people, and that they should never ever forget that. They have been role models ever since being on that stage in 1990 with The Lady M. They starred in the most iconic tour documentary ever made (Truth Or Dare) and now here they are, starring in their own extremely impressive Strike a Pose film.

Throughout the movie I noticed the guys were shedding tears just as much as I was. By the end of it I was so blown away I could not say a word without sobbing like a baby. I just really wanted to see it again, and again…..and again.

Ester Gould and Reijer Zwaan have done an outstanding job on this documentary, I cannot put into words how important this movie is especially in this day and age. It’s a movie all about love, it is what we need right now. You can’t help but fall deeply in love with Jose, Luis, Salim, Carlton, Kevin and Oliver. They are all such unique characters and deserve every bit of love in this world and I with all my heart hope the very very best for them.

This documentary has done so well everywhere it has been screened and it deserves every award that it will get. I cannot rate this highly enough, I cannot tell you how this is a must see film for everyone out there. It will make you feel love again, trust me.

The Q&A that followed was equally as impressive and emotional….the speeches they gave. The speech by Oliver was heartbreaking…..I thanked God for my

waterproof mascara. There was so much love in that room and everybody felt it. A complete surreal experience.

After the Q&A we got to go to the Amsterdam Tower next door and party with the lot on the 20th floor. It was so nice to be able to chat to Jose, Luis, Salim, Carlton, Oliver and Kevin again. Our merchandise was signed, they were happy to pose for pictures with anyone that came up to them. So much joy!

When it was time to leave I felt heartbroken to say goodbye to them, they already felt like family, like friends….like my ‘brothers’ and I am an only child….how in the Hell do I know what it feels like to have a brother?

If you want to know what love is…….Strike a Pose will show you 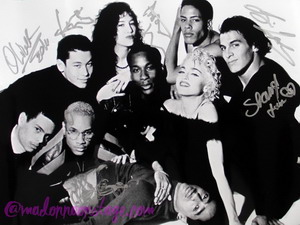