Madonna surprised us all when she announced a second leg of her Sticky & Sweet Tour in 2009! Unfortunately it was also the year where Michael Jackson sadly passed away. When arriving in London to attend the opening night of the tour, there were shrines dedicated to the King of Pop everywhere.

Madonna started the show at precisely 9pm and she was on fire! There were subtle changes like a sidepart in her hair, a new jacket and a new backdrop video for “Candy Shop”. Madonna switched “Borderline” for “Dress You Up” and “Heartbeat” for “Holiday”. The show wouldn’t have been complete without a tribute to Michael Jackson, and surely there it was halfway through “Holiday”. The cheer that erupted from the crowd when a dancer rose from the stage as Michael Jackson sent chills down my spine. It was an incredible heartfelt moment.

One of the greatest highlights of the night was a “Frozen” remix (way before Fireboy DML and Sickick) performed right after “Like a Prayer.”

Madonna was loving every minute of the show and she never lost her smile throughout the evening.

Check out 88 updated and enhanced photographs of the show HERE 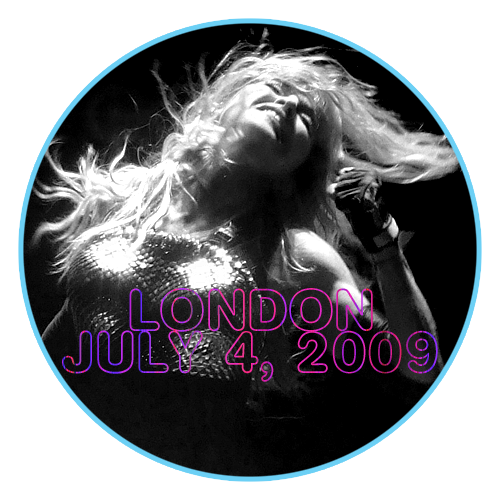