Madonna’s fifth date of the 2009 edition of the Sticky & Sweet Tour marked her first ever concert in Belgium. Madonna was scheduled to play Werchter, an outdoor area which is the site of Rock of Werchter. Madonna’s “Frozen” was legally forbidden to be played in Belgium due to a lawsuit. Belgian songwriter Salvatore Acquaviva accused Madonna of plagiarizing his song, Ma vie fout l’camp (My Life’s Getting Nowhere), which he wrote in 1993. The question on everyone’s lips was ‘will Madonna play “Frozen” anyway?’ The ban on “Frozen” was lifted in 2014.

Madonna didn’t start the show until 10.30pm and the weather conditions weren’t great. Werchter was wet, really wet. People were soaked by the rain and the mud. Still Madonna asked the crowd to take off their shirts during “La Isla Bonita”….most of the crowd just pretended they didn’t hear her.

So, would she play “Frozen”? Yes, in true Madonna-style! Did we expect otherwise? The song was probably the highlight of the night and the crowd ate it up.

Check out photographs of the show HERE 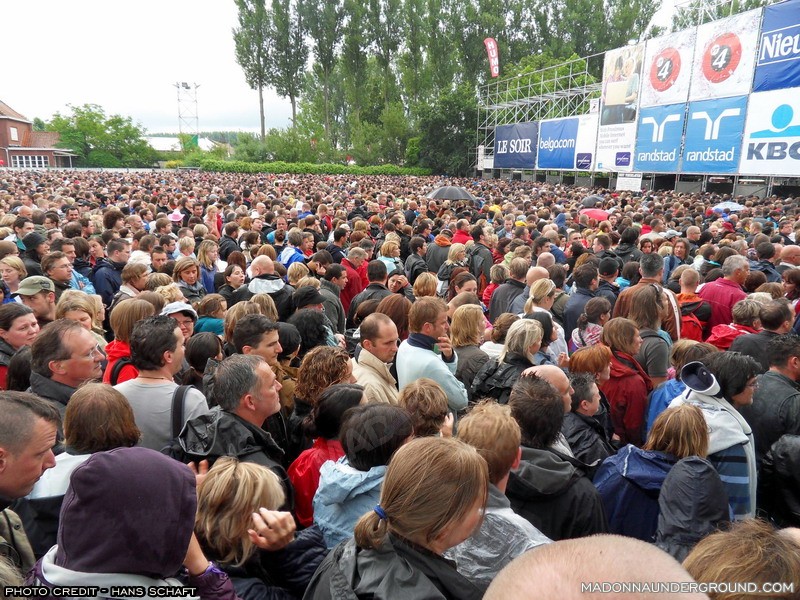