‘Sprechen sie Deutsch?’ Madonna asked the crowd while performing her Sticky & Sweet Tour in Frankfurt in 2008. Seeing as we were in Germany, we reckon they did. Madonna was in much better spirits during her Frankfurt stop and she looked every inch the superstar she was (and is).

During the request section Madonna sang “Express Yourself” as she didn’t feel like ‘virgins’ tonight. She did not get on stage until 9.30pm which was LATE back then. She was playing the Commerzbank Arena which was an open air venue and she probably wanted to wait until it got dark. There was little to no queue when we arrived at the arena that afternoon and it took a long walk with a personal guide (!) to take the Hot Ticket/Early Entry ticket holders to the main entrance.

There were some technical issues and Madonna forgot some lyrics along the way, but she performed a great show. We survived a girl throwing up, a man fainting and three people dry humping each other….and yes it all happened right next to us. Guess we got lucky.

Check out our newly updated photo gallery of the event HERE 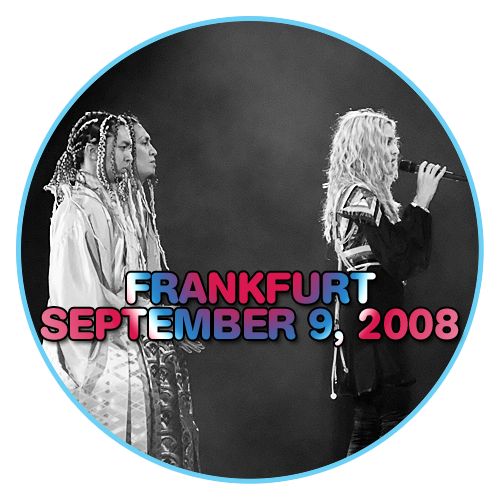