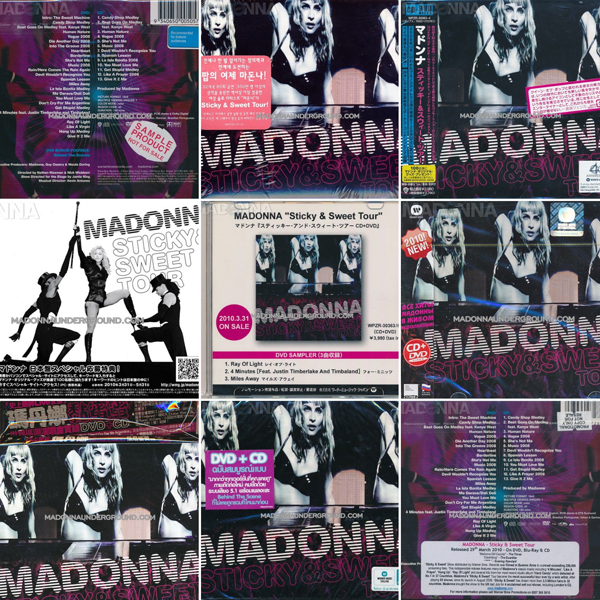 Madonna’s Sticky & Sweet Tour was finally released on DVD+CD (and even on blu-ray) worldwide on March 26 2010. In Holland we have the privilege of buying the release one day earlier at FAME Megastore in Amsterdam. For this releaseparty there was an extra celebration as Madame Tussauds chose to unveil their brand new (and improved) Madonna wax figure.

This was the final release with Warner Music (now Warner Records) before Universal Music / Interscope took over.