Smells Like Madonna Spirit: Madame X Perfume On The Way 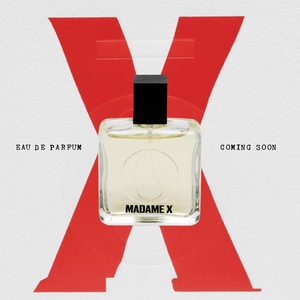 If you’ve run out of your bottle of Truth or Dare, good news. Madonna is prepping a new eau de parfum inspired by her Madame X album/character. A year after the singer released Madame X, Madonna announced on Thursday morning (Sept. 24) that the fragrance is “coming soon.”

No other information was available on the perfume at press time, so for now all we know is that it comes in a square bottle and that it has Madame X in bold font on the front. One person who does know a bit more about it, though, is screenwriter Diablo Cody, who got a sneak peek at the “sexy, minimalist” bottle in an unboxing video Madonna shared from the pair’s ongoing writing sessions for her upcoming biopic.

“I think personally that it’s a little strong when you first put it on, but then 30 minutes into exchanging chemistry with you skin it evaporates, the heaviness of it, and it’s quite nice,” Madonna explains as Cody takes three big shots of the perfume and dubs it “amazing!”

The pair then digress into a conversation about tattoos, with Cody asking Madonna if she has any or would ever get one. “I just never thought of anything I wanted so badly to have it written on me forever,” she says. And then, for no apparent reason, Madonna belts just a bit of the Human League’s 1981 hit “Don’t You Want Me” after trying to figure out if 13 hot tamales is too many to hold in one hand.

Madonna has been holed up during the pandemic working on the screenplay for her life story with Oscar-winning Juno writer Cody, with the pair teasing out glimpses of their sessions, with the singer recently confirming that they’ve written 107 pages so far for what will likely be a two-hour film.

“It’s kind of like a form of therapy. And sometimes I get confused and forget that I’m writing about me, and I start to refer to me as ‘she.’ That’s a bit weird,” Madonna, 62 said during a recent hour-long IG Live about the writing marathon. “The focus is really about my struggle as an artist trying to survive in a man’s world as a woman, and really just the journey, which has been happy, sad, mad, crazy, good, bad and ugly.”

Check out the announcement below.