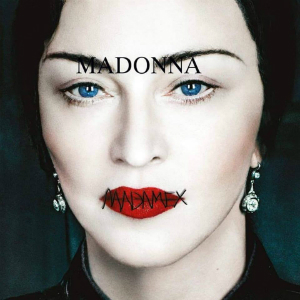 With 2012’s MDNA and 2014’s Rebel Heart, it seemed Madonna was fighting, and often struggling, to stay at the centre of the pop universe. As a super-saturated blast of The Nutcracker crashes into Dark Ballet, Madame X’s second track, however, it feels like there’s been a loosening of grip and a new air of recklessness.

Madame X is Madonna’s fluid new persona – “A professor. A head of state. A housekeeper. An equestrian,” apparently – and there is a hyper-mobile flex to this record, all global pop (partly inspired by a relocation to Lisbon) and space-disco production (courtesy of Diplo and Mirwais). Crave’s delirious swoon, featuring Swae Lee, or the skin-to-skin cha-cha-cha of Medellin keep things at the micro level of human desire but more untethered are the moments where the record zooms out to look at the big picture, as on Dark Ballet’s omnipotent state-of-the-planet address: “they’re so naive, they think we’re not aware of their crimes/We know but we’re just not ready to act.”

This is Madonna on top of the world, looking down on creation, God Complex at cruising altitude. It doesn’t always work. The preposterous Killers Who Are Partying is messianic in an Earth Song style, its mother-of-the-world pomposity (“I’ll be Islam/If Islam is hated” and so on) overstepping the cosmic mark. Yet I Rise, sampling high-school shooting survivor Emma Gonzalez, or the rage overload of God Control, keep pace with a world out of joint. On Rebel Heart, she recorded the uptight, authority-reasserting Bitch, I’m Madonna; here, she sings “Bitch, I’m loca”, Madonna and the times, it seems, have fallen into step again. ****