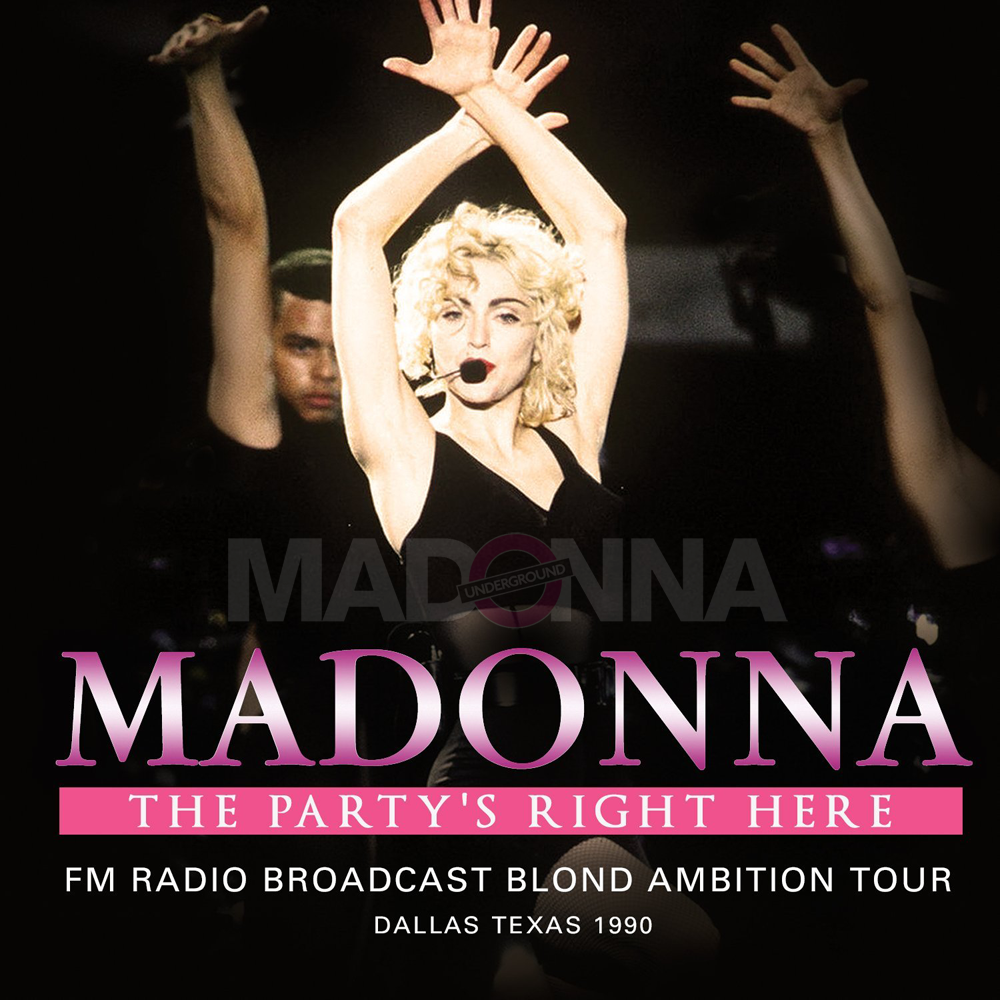 On 7th May 1990, Madonna’s Blond Ambition World Tour stopped in Dallas, Texas for a show at the city’s Reunion Arena. The gig was recorded for live FM Broadcast in the local area and was also synched to stations nationwide. This CD set contains the full live recording of the concert, in superb FM quality and during which the true spectacle of this intriguing and fascinating period of this most iconic of female musical performers’ career is illustrated perfectly.