Here is an exclusive first look at my favorite live auction items up for the highest bid: 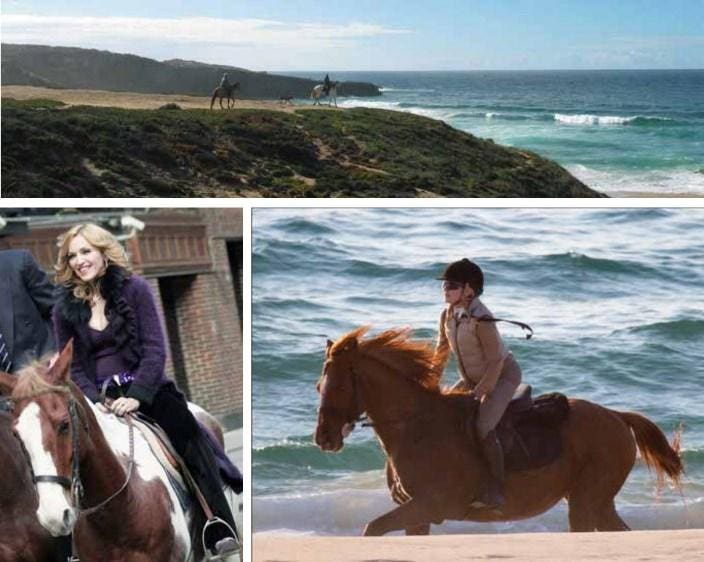 Horseback riding with Madonna in PortugalCOURTESY OF MONTE CARLO GALA

Horseback Riding With Madonna On The Beach In Portugal

Madonna recently moved to Portugal and as part of this priceless opportunity invites the winning bidder to join her in Portugal for an afternoon of riding horses through the forest and the beach. The winning bidder and up to five guests will join the superstar for one of her favorite past times.  You will spend an afternoon exploring the natural scenery on horseback with Madonna as your guide.

A truly unique and extraordinary opportunity to sit for a portrait by this legendary photographer in New York and to have the bragging rights of your photo shoot directed by Madonna herself!

Private Album Preview With Madonna In Her Recording Studio In London

Madonna’s next album will be coming out soon, and before its release, she invites the winning bidder and up to three guests to join her in her London recording studio to preview some of the songs from the album with her.