Our Book Review – ‘The Music Of Madonna’ by Chris Wade

Chris Wade has just released his second book on Madonna discussing her discography. His first book focused on the movies Madonna’s starred in, giving the reader a good reminder why they needed to check out her filmography and forget the everlasting bashing by critics.

Madonna: On Screen was a very enjoyable read and it truly did make me want to jump back into my closet, find those DVD’s and reflect.

‘The Music Of Madonna’ discusses her albums from ‘Madonna’ up until her recent ‘Rebel Heart’. The opinions in this book are those of Chris Wade, this is something you have to remember while reading the book. Chris does a great job in describing the record and what he hears while listening to the tracks.

Of course you will disagree or agree with Chris a lot throughout the book. Songs that he might describe as a hidden gem, for example ‘One More Chance’, while others might think this is one of her weakest songs to date. Stating ‘Gang Bang’ is awful while many consider the track to be absolutely brilliant (and Madonna’s personal favorite off MDNA too).

Remember you are reading a book about Madonna’s discography with the opinions as stated by the writer, there is absolutely no way for you to agree with everything he writes so don’t expect yourself to. Chris Wade is entitled to voice his opinion about it just as much as you are. If you set your own opinions aside and are open to someone else’s, this book makes for a fun read.

The book is a nice addition for people wanting to know more about the songs of Madonna’s album releases as well as those looking for a Madonna book which is not another biography.

There is nothing so diverse as Madonna’s music, causing for fans to have very different opinions about it.  Her best and weakest efforts will forever be something none of us will ever agree on. But that is what is so good about her music, it is never dull and it always takes you a new ride. Whether it’s funky pop, inspired by jazz, dark and moody, electronica or disco and uplifting. There is always something for everyone in Madonna’s back catalogue. You may enjoy her music or you may not, but you can’t ever deny the impact her singles, albums and videos have had in the music industry.

It’s time for some true acknowledgements, critics show her some respect please, she’s earned it ages ago.

Order ‘The Music Of Madonna’ HERE 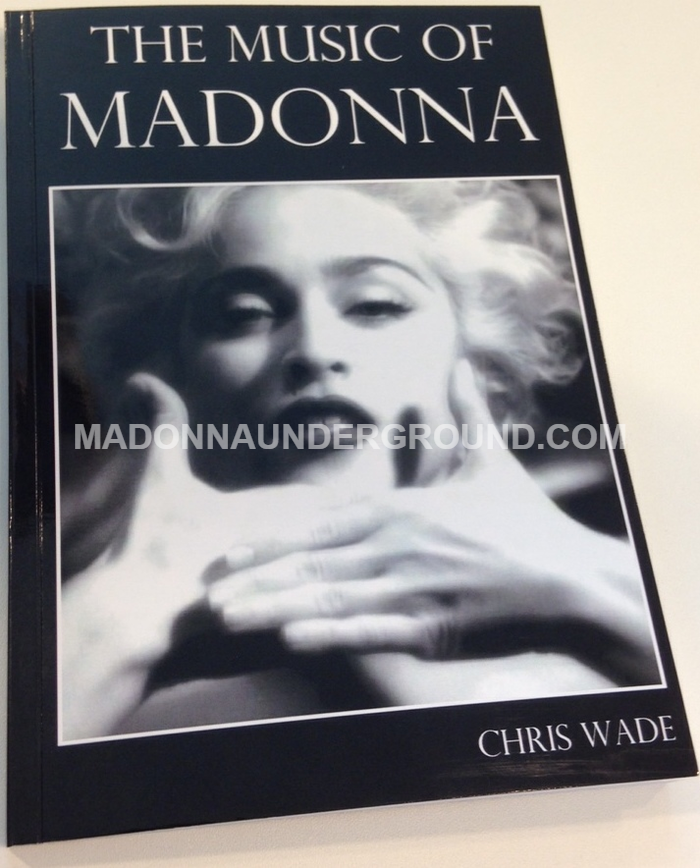