On The Set of W./E. – Exclusive pictures and Q&A with Fred! 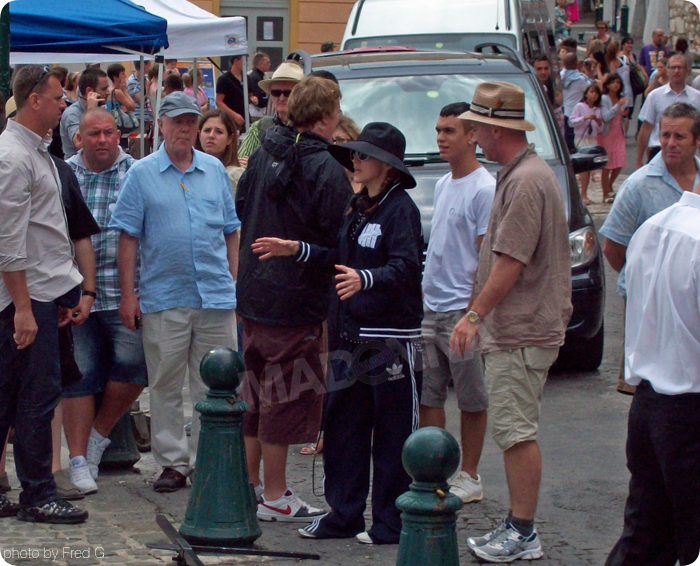 Fred, one of our team members, was lucky to be an extra in Madonna’s film W./E. Please read below a Q&A with Fred on this experience. All the pictures shown here are his and are not to be used without permission. Scroll down to view the full photo gallery.

How did you find out about the casting for W./E.?

It was a little different from the usual casting experience, this is what we call a “cast off” for people that just exist in some database. I already had experience starring in several dozen films. In the greatest secrecy one agency was responsible for organizing a casting for a period film shot in the south of France (very few details were available). A friend of mine that was in touch with this agency, heard about this project and luckily immediately thought of me

Were you invited to a screening? Where did you need to travel to for this?

Unfortunately as an extra you never get an invitation for any type of screening, this is in no way specific to this project

Did Madonna do the casting herself or were there other people choosing the ‘extra’s’ for the scenes?

A team was commissioned to conduct a pre-selection, but it is madonna herself who finalizes every aspect of the film, including the extra’s. I sent some pictures of myself wearing a suit, a shirtless one and a full body shot. A month before filming started the agency that pre-selected me, said that a validation by Madonna was necessary. I only received this confirmation one day prior to the shoot, that I was indeed going to be a part of it (the day before my birthday, one of the greatest gifts I ever had in my life as a fan, can you imagine?) I can confirm it is indeed Madonna that manages every detail, this is not a myth

Of course you had to sign an agreement, were there any specific things about this that you remember? Things to do or things you were forbidden to do or say?

Of course I signed a contract, I think that today, without revealing any secrets I can discuss some anecdotes. One of the most frustrating details, but obviously is also most understandable was that we could not in any case have a camera, mobile phone or any other media to photograph or record our work. Moreover, it was forbidden to ask for an autograph, so that madonna was able to concentrate on her work, which is very understandable!

Now I heard Madonna only wanted to be called either M or Madame on set, did people follow these rules?

Everyone followed this request… Most people rather called her M

Was there any time when Madonna was still approached by an ‘extra’ or other people from the set for autographs or such? if so, how did she respond?

As I said we had to be very professional on set. The first day that we were in Cannes, which is a private property, this was shielded from people passing by. The second day we were in the port of Villefranche-sur-Mer and there it was crazy! Everyone wanted to see Madonna, people were hanging out of their windows and Paparazzi was everywhere, however a security service and the police kept the curious bystanders away

Madonna gave instructions to Nathan Rissman. She knew exactly what she wanted, and we did not hestitate to do it again and again until the desired result. She managed the entire process and knew how to motivate her troops! Several times she encouraged us to do better, to give the best of ourselves to the scene to be successful. She has the power of a general!

Did Madonna herself make sure you were dressed OK for the scene? Did she check out your outfit?

Before shooting, there was a first day reserved for a fitting. She took care to deal with each of the costumes, extra’s were no exception to the rule. It goes even further, because beyond the costumes, she also inspects the hairstyles, attitude and appearance. In my case I had to try two different outfits, there were polaroids made to see who would wear what and how it looked. She wants everything to be perfect. I think this is a great quality because it seemed such a big project 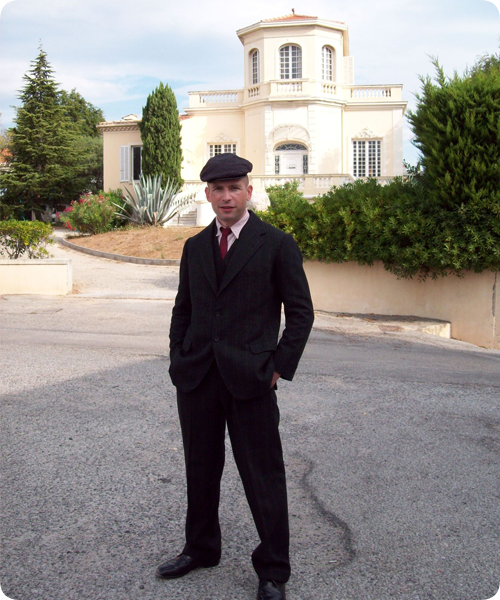 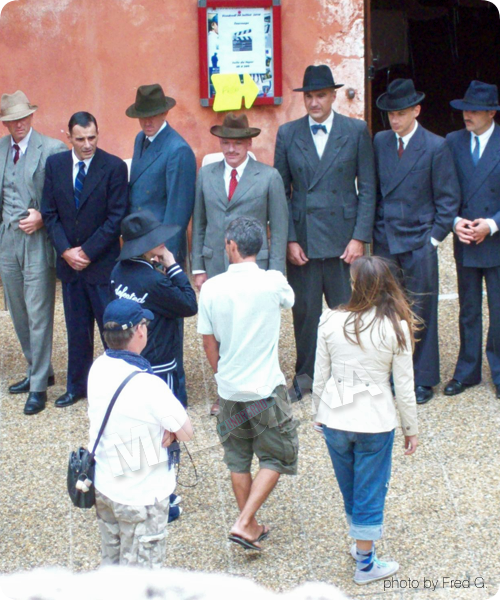 Did you yourself speak to Madonna while on set?

You do not talk to Madonna, she speaks to you. I said it like a joke, but it’s true, what would you want to say? We’re here to work and not to bother her. All the communication is professional if she has something to tell you or ask you, not to worry she will. It is for you and you reply, you try to act most natural around her. She is incredibly polite and greets everyone personally (I can tell you that she is unique in this, many directors aren’t like this!) Do not forget that she has a great sense of humor

I was the guardian of the property of Aix en Provence when Wallis arrives in the south. I was also in the crowd when Wallis & Edward arrived at the port of Portofino. This is more than a cameo. When turning you never know what will be kept and what won’t. The experience is one I cherish

How many days did you spent filming?

The shooting lasted for two days, but I spent three days there. The first day was devoted to costume fittings, a hangar was built in “Studios Riviera” Nice. There were tons of costumes for each of extras and accessories. Everyone needed to be dressed in their costume so that staff and Madonna can confirm the selection. The first day of shooting took place in Cannes at the Villa Domergue. It was a very special day for being in committee (thirty people, technicians included) and completely away from the city, the atmosphere was quite relaxed. The next day when shooting in Villefranche-Sur-Mer, there were a hundred extras, plus the technical team as well as bystanders and the press

Your opinion of Madonna as a director?

I must admit that I was impressed by her involvement. She delegates a lot, but still, she sees everything, she manages everything and it is impressive to be so professional and seemed so relaxed at the same time!

Your opinion of the final film W./E.?

I was pleasantly surprised, because I had not been completely convinced by “filth and wisdom”… When I read the idea behind this extraordinary story I really wondered how this would turn out. Finally we get a stunning movie, mastered from beginning to end worthy of the great director she is after just two films is amazing. Her master of emotions and how to transfer it to the big screen is simply impressive!

Any peculiar/little/special/funny things you remember and want to share?

Yes, something amusing during the first verification of costumes, she was approaching and we looked for a long time, for validation of the details. Then when she went away, my neighbor asked me: “Who just spoke to us?” I answered him: “Are you kidding me?” Him: “No, why?” Me: “Well it was just Madonna!” He was shocked because he thought that she would be much bigger! I told him you were expecting to see the Madonna that you see in the music videos, but today you saw M the director….! During our afternoon at “Villa Domergue”, I enjoyed the human side of Madonna, so unexpected, intimate and relaxed. When we were in the lunch break she even did some yoga poses. It was so unexpected and yet so natural as this is one of those moments where I felt really privileged. I must say that as a fan, and also as a man, I was filled with incredible memories, she truly inspires me and I have so much respect for her

Do you encourage Madonna to direct more movies? And will you try and be in it again?

Definitely she must continue on this path … But given the time necessary to undertake such a project it will have to put her musical career aside, and I must admit that I find her more talented (if possible) on stage! Of course I would be totally thrilled to once again be able to experience this again, even though this is probably a dream! 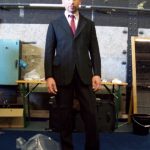 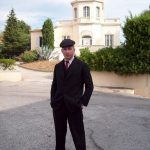 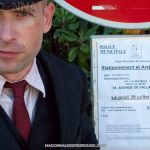 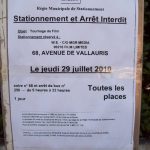 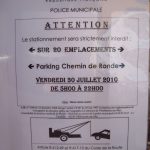 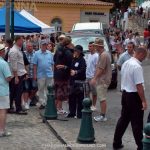 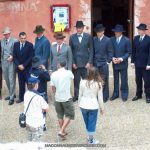 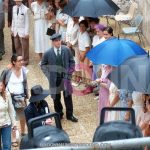 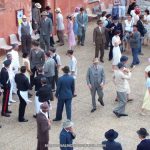 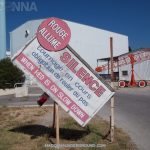 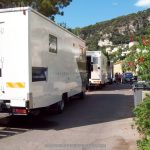 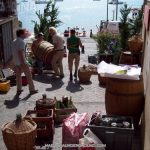 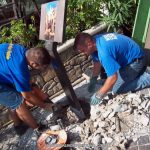 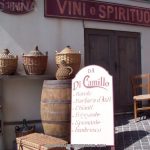 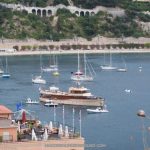 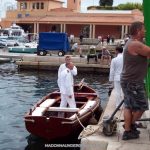 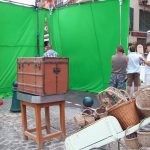 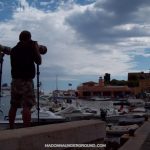 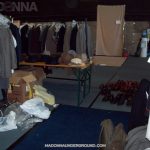 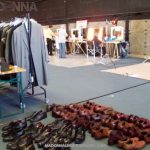 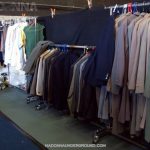 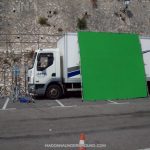 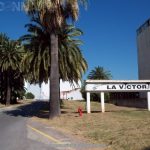 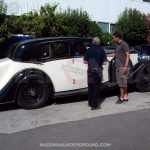 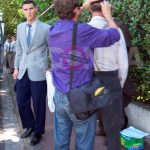