October 1982: Madonna Debuts with EVERYBODY 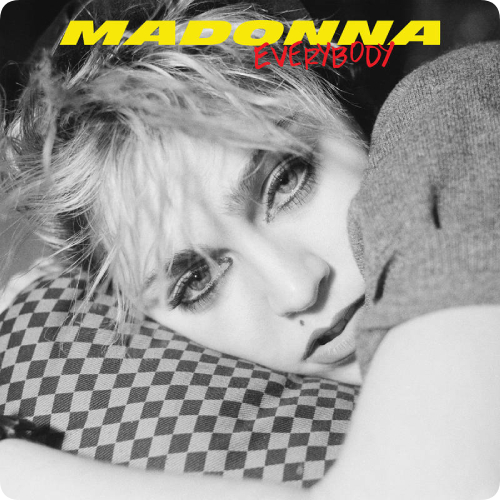 October 6, 1982, is a monumental date not just in Madonna’s history, but in the history of pop music at large. That’s the day an aspiring pop singer out of Michigan released her very first single on Sire Records: a peppy dance track entitled “Everybody.”

Madonna relocated to New York City in the late 1970s after two years spent studying dance at the University of Michigan: “New York wasn’t everything I thought it would be. It did not welcome me with open arms,” Madonna revealed to Harper’s Bazaar in 2013. “The first year, I was held up at gunpoint. (Assaulted) on the roof of a building I was dragged up to with a knife in my back, and had my apartment broken into three times. I don’t know why; I had nothing of value after they took my radio the first time.”

Undaunted, Madonna pressed on, working a series of jobs to make a living, including posing as a nude model: “Staring at people staring at me naked. Daring them to think of me as anything but a form they were trying to capture with their pencils and charcoal. I was defiant. Hell-bent on surviving.”