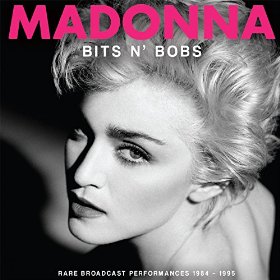 SUPERB SELECTION OF LIVE MADONNA TV BROACASTS Arguably the finest ever female performer, Madonna could also give most men a run for their money in the live arena. And while she may now have reached middle age there seems to be still no stopping this remarkable and still hugely energetic pop icon, one who will never let a year go by without a new album, a new tour, a film or some other contribution to her already enormous and wholly respected body of work. But if there is one era from Madonna s career that shines brighter than any other it has to be the one stretching from the mid-1980s to the mid-1990s the time of True Blue, Like A Prayer and Erotica, of Dick Tracey, Truth or Dare and Evita, and the period when the most controversial item bearing her name was published; the Sex book. This CD collection remembers and celebrates this classic era, containing as it does 15 broadcast performances recorded for live television during this time, and illustrating perfectly how this astonishing woman was not only at the top of her own game at this juncture, but on top of the entire game of music as well.