Some It-girls of the ’80s may regret that their youthful glory predated social media, but Interview magazine’s former associate publisher Paige Powell doesn’t have to. Powell arrived in New York in 1980 from the Pacific Northwest, looking like a granola version of Edie Sedgwick and armed with the work ethic of Mary Tyler Moore. She was soon swept up in Interview’s bid to be a more serious publication — “At first it was more for friends, like, Fran Lebowitz drove the delivery truck to drop off issues at different newsstands,” she remembers — and Andy Warhol’s select social whirlwind of downtown clubbing, midtown shopping and uptown lunches. “Andy always said, ‘Work is fun and fun is work,’” Powell says. “It was just the way I thought New York City was, all the time, for everyone — exuberant.”

Powell often carried the latest camera or camcorder from Japan with her and used them often to capture intimate snapshots of her coterie: including Warhol, Madonna, Keith Haring and Jean-Michel Basquiat, who was her boyfriend from 1982 through 1984. For nearly 40 years, she’s been sitting on (“literally; they were stashed in boxes under the bed,” she says) a treasure trove that’s remained largely unexamined. Powell returned to Portland in the ’90s to focus on animal rights advocacy work, and it’s there that her images will be showcased for the first time, in two interactive multimedia installations, “The Ride” and “Beulah Land,” opening this week at the Portland Art Museum. Still in possession of plenty of influential friends, Powell asked David LaChapelle to mix a musical soundtrack for the show and Kenny Scharf to create a signature “Cosmic Cavern” to accompany it. “Half of the photos in the new installation will be from the ’80s, and half will be photos moving forward to the present,” Powell says, noting that the installation is meant to be “interactive,” just like the one she created at the art bar also called Beulah Land in the ‘80s (see slide 7) — visitors can add notes to the walls. “So we’re having a cocktail party for the guards at PAM, to prepare them,” she notes, “because we don’t want them to be alarmed.” 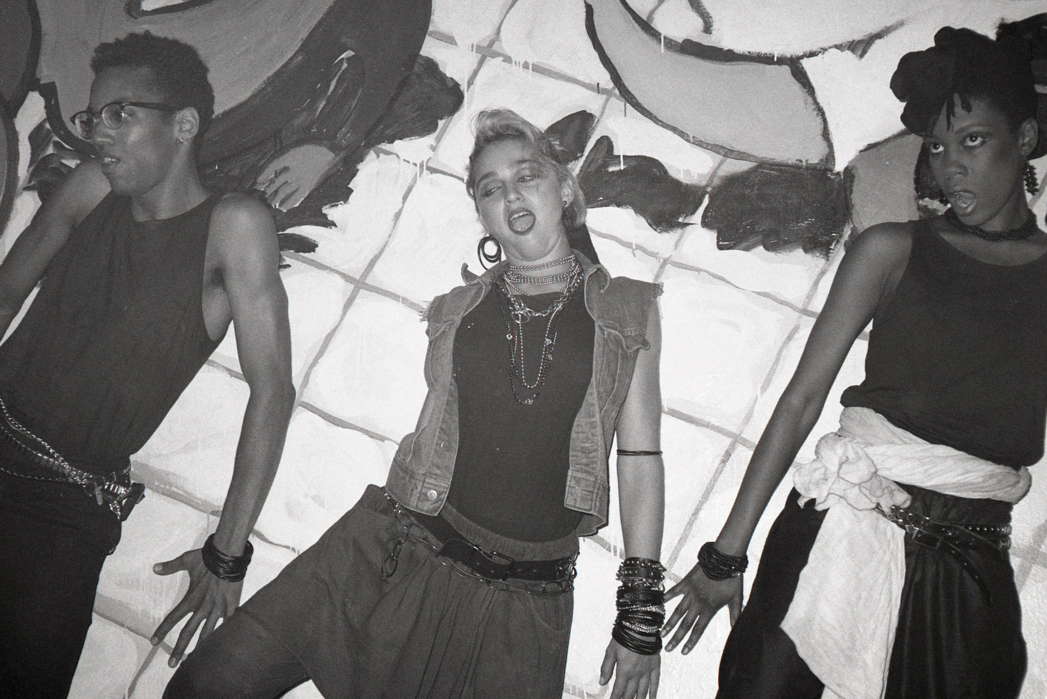 Here, Paige Powell, former Interview magazine associate publisher and ex-girlfriend of Jean-Michel Basquiat, shares photos from her personal archive. “Fresh 14 was a short-lived club with great energy and a horrible sound system, which might account for the expression on Madonna’s face,” Powell says of this photo. “Unfortunately, two kids shot each other there and it closed. When I was in New York recently, I noticed that space is now a Forever 21.”