Madonna is a major part of the book! She is in three of the chapters, which look in turn at her work with B Akerlund, Arianne Phillips and Michael Schmidt. In the Akerlund chapter, it is the styling for Hard Candy and the Superbowl halftime show that are showcased. Madonna’s collaborations with Arianne Phillips looks at the videos for “Nothing Really Matters” and “Frozen”, as well as the covers for Rolling Stone, the 2000 album Music and her 2015 album Rebel Heart.  Finally with Michael Schmidt, it is the MDNA tour that is featured.

Check out the preview images here, order the book here 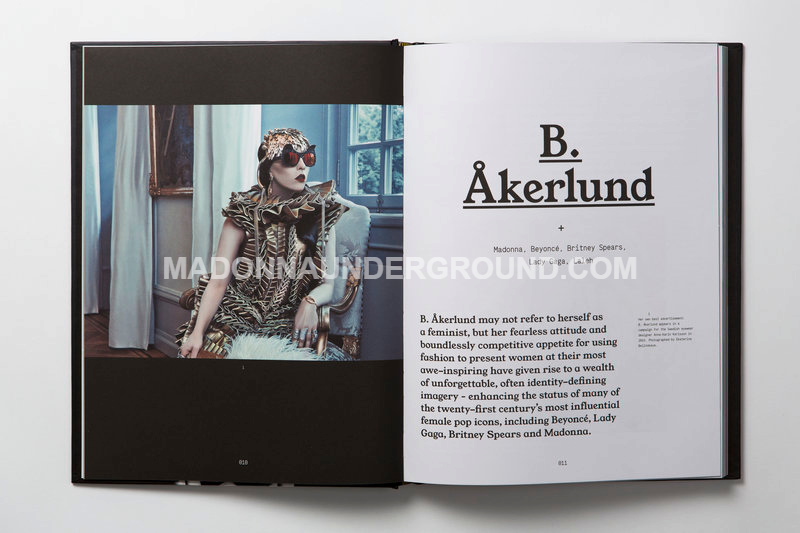 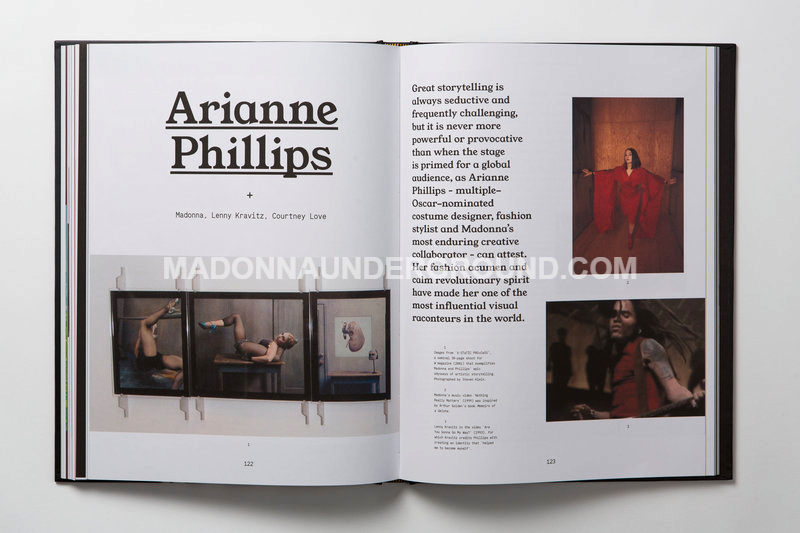 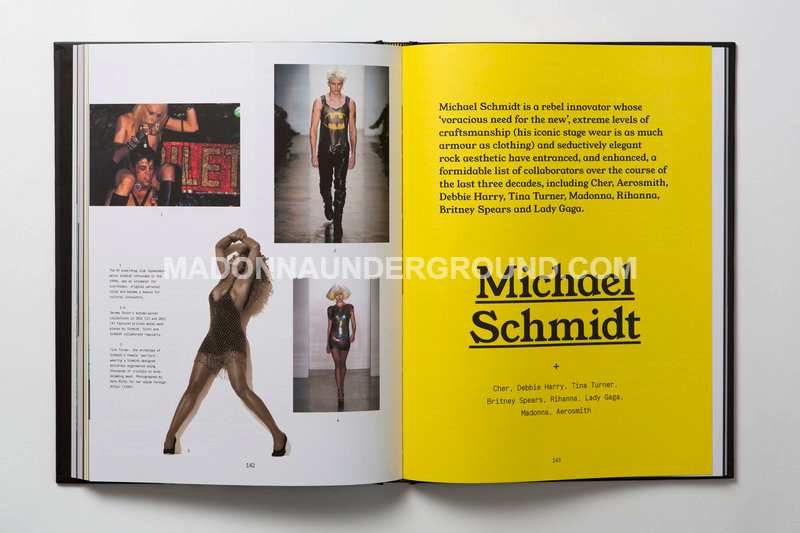