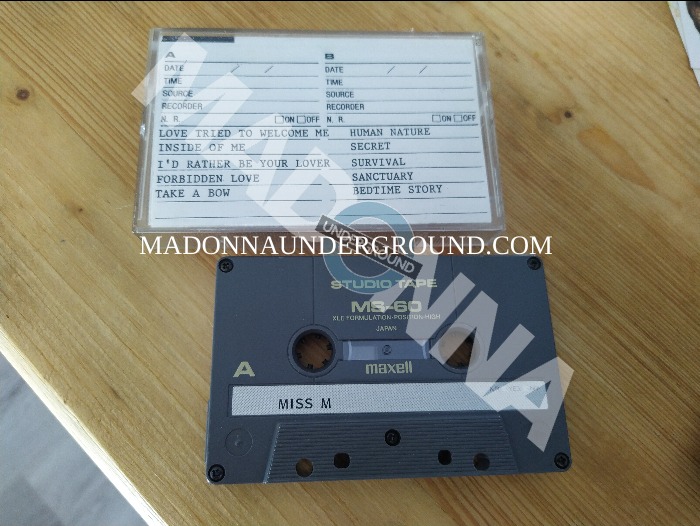 This original early cassette of what became ‘Bedtime Stories’ recently found its way to me.

This is an early collection of the songs that would make the follow-up to ‘Erotica’ and whilst there was no title yet, it does include most of the songs of the final tracklisting (in different order though.)

Don’t Stop is not included!

Most interesting when listening is the track ‘Secret’ that ultimately became the lead single off the album. The intro to the song is completely different from the album version we all know. The song starts with the drum beats and continues throughout the intro to the song whereas on the final version the drum beats only start AFTER Madonna sings the intro. Basically the drum mix of the song (though a bit sped up)