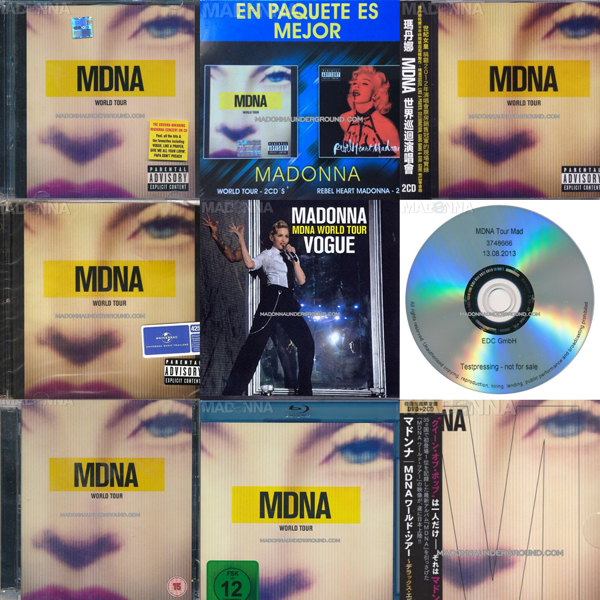 Madonna’s MDNA World Tour was finally released on CD, blu-ray, DVD and Deluxe DVD+2CD set in September 2013. Unfortunately the release was plagued by a batch of poor copies. Menu’s didn’t work, grainy picture, pixelated picture or no picture at all. In fact there were so many complaints that the first batch was recalled by Universal Music and switched for new improved non-grainy copies with working menu’s.

There were also problems with the release date of the original first release. The Dutch release/launch party for the DVD wasn’t confirmed until the very day of the initial release. Earlier that day we received word from the record company that they couldn’t deliver the goods, so we had to call the event off leading to many disappointed fans. Cut to a few hours later when an email came through that the stuff WAS delivered after all. Another message was immediately posted online that the party WAS a go and all fans were welcome to join us at FAME Megastore in Amsterdam. Fans were scratching their heads…..what was going on?

The show also aired on Dutch BNN with absolute superior quality to the released product.

For the discography we have added 27 different pressings. This list is nowhere near complete, unfortunately due to the many formats and editions we lost track (and interest) along the way. Besides the products there’s MDNA Tour video and audio and original press releases.