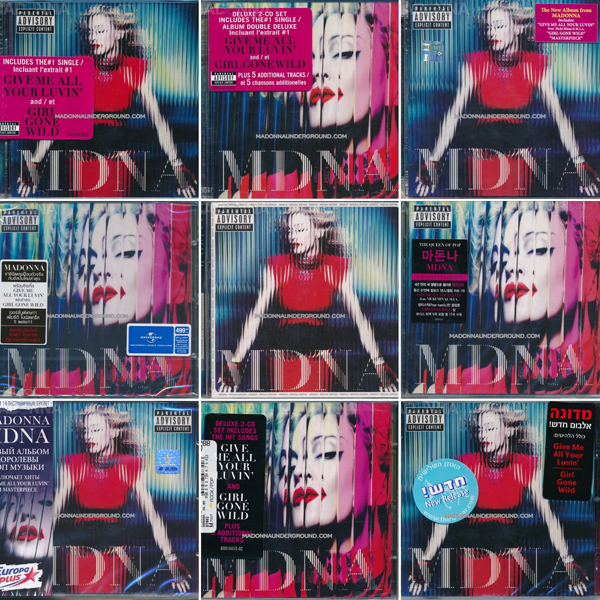 MDNA was Madonna’s first album with Interscope Records and released in 2012. She revealed the title of her new record during the Graham Norton show where she was to promote her film W./E.

She reunited with William Orbit to work on the record and also collaborated with Martin Solveig. To promote MDNA she sat down with Jimmy Fallon for a live interview broadcast online and performed at the Superbowl Halftime Show. She quickly took the record on the road with her groundbreaking MDNA Tour that same year.

For the discography we have 35 different pressings, check it all out HERE