Madonna’s tears for her son – before pashing Kiwi fan 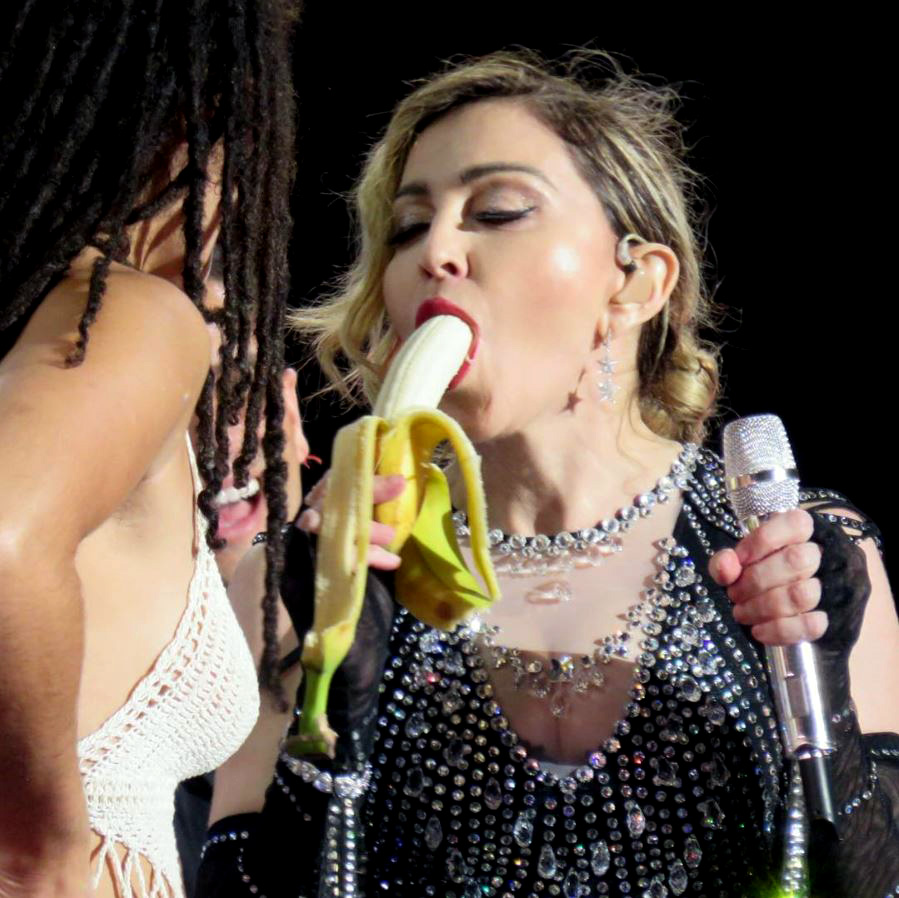 Well, that was strange.

One minute, Madonna was crying over her son, to whom she had just dedicated an acoustic version of La Vie en Rose.

Next minute, she’s performing a sex act on a banana and pashing a Kiwi girl called Shaki (“…like Shakira without the ‘a’…”). Before promptly falling over.

She also ordered a security guard (called Shane) on stage for reasons that remain unclear, other than to ask him if he was aroused by her and Shaki’s banana antics.

The final 10 minutes of Madonna’s first-ever New Zealand performance were some of the most bizarre ever to grace Vector Arena’s stage.

Honestly, I’m still not sure what I witnessed. But it could well have been Her Madgesty at her bonkers best.