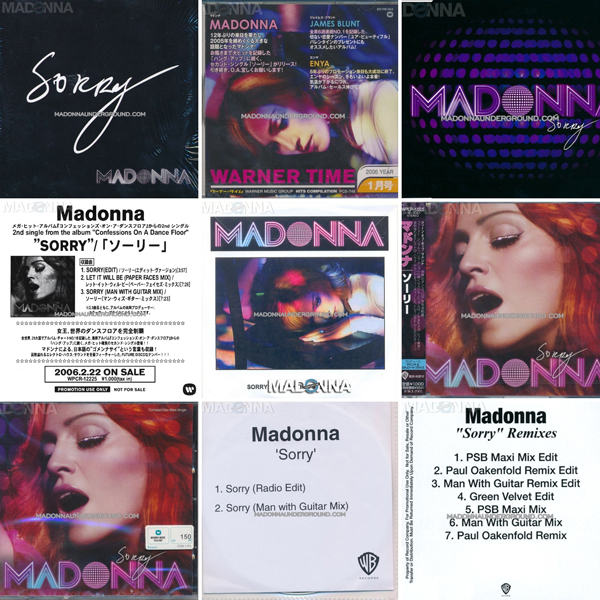 While we’re very busy trying to update the site as much as possible regarding the current Madame X Tour, there’s still time to work on our discography.

Next up is Madonna’s second single off of ‘Confessions on a Dance Floor’ which was the fabulous ‘Sorry’. The music video to the song was a follow-up to ‘Hung Up’ and a lucky fan was even invited on set through an ICON competition (the one and only official Madonna fanclub).

The artwork to the single was actually a live shot taken by a fan during Madonna’s infamous G-A-Y gig in London back in November 2005. Madonna has only performed the track during her Confessions Tour in 2006.

For the discography we have collected 23 different pressings, check them out HERE