Madonna’s Over And Over was an officially commercially released single in Italy, with Borderline added as the B-track. This single has been released in Italy on both 12″ black vinyl with limited poster and on 7″, don’t be confused by the bootlegs pressed in the past few years (absolute rubbish and not worth a dime).

The original single is one of the most loved collectibles for any Madonna fan, its high value, limited release and stunning picture cover make it one of the most sought after Madonna goodies on the collectors market. Madonna performed the track live only once on her Virgin Tour in 1985. The track was also added to her You Can Dance remix album.

To visit the Over and Over discography where we have collected and photographed the original vinyls, click HERE 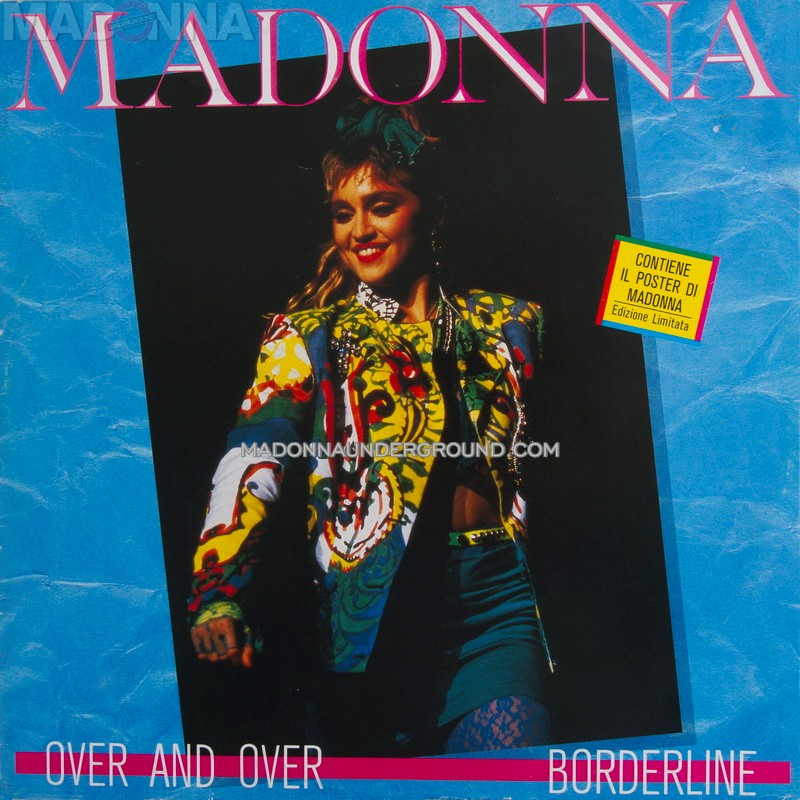