Her Madgesty’s reign over concertgoers could go a long way toward landing her next big recording deal.
The curtain goes up on Madonna’s “Rebel Heart” tour on Wednesday, and those who have seen rehearsals at the Nassau Coliseum call it brilliant. That should come as no surprise considering what the Material Girl has riding on the 64-show global arena trek.
Her 10-year partnership with concert-promoter Live Nation expires in 2017, just nine months after she wraps up her third and final tour under the deal. And no one expects the soup-to-nuts 360 deal that guaranteed Madonna an unprecedented $120 million in 2007 to be renewed in its current incarnation. 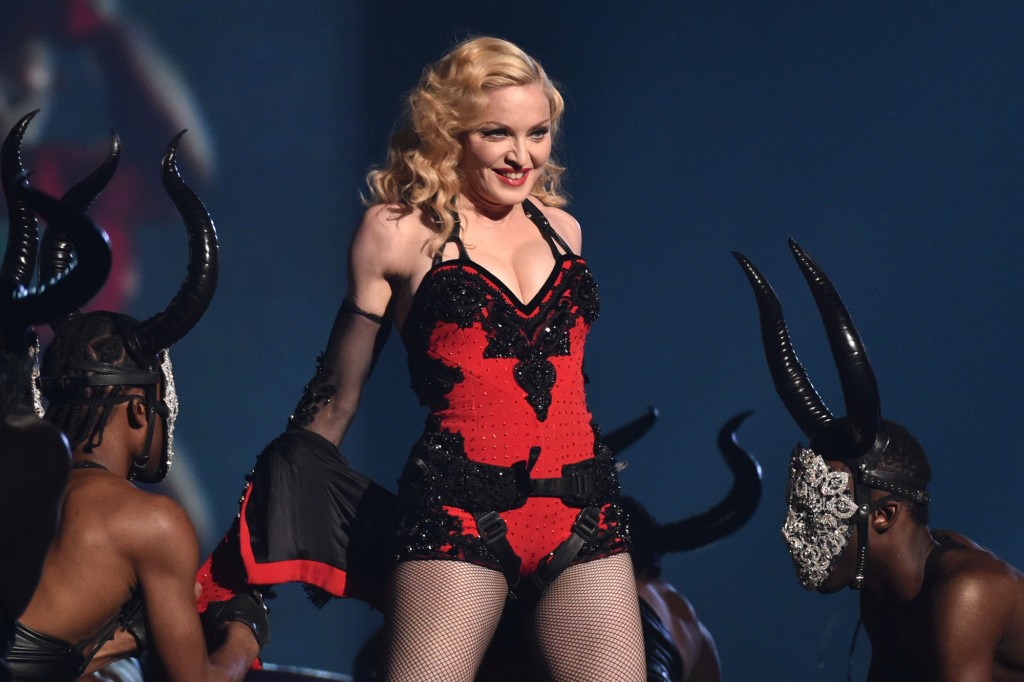 But consuming patterns have changed drastically in the past decade. Music lovers often stream or pirate their favorite tunes as US album sales have cratered to 257 million units last year from 501 million units in 2007.
“Only a half-dozen artists make more than $10 million from any one album anymore — not nearly enough to justify the upfront expenses of a 360 deal,” Tullo said.
That places unprecedented emphasis on an artist’s concerts, at which Madonna has historically excelled. Her “Sticky & Sweet” tour in 2008 raked in $408 million, the biggest box office ever for a solo artist, while her “MDNA” tour in 2012 netted $305 million.
Arthur Fogel, Live Nation’s chairman of global music and president of worldwide touring, believes the “Rebel Heart” tour will reinforce Madonna’s place in the performing-artist pantheon.
“We have a great and successful touring partnership with one of the greatest artists in music history and have no doubt it will continue,” he told The Post.