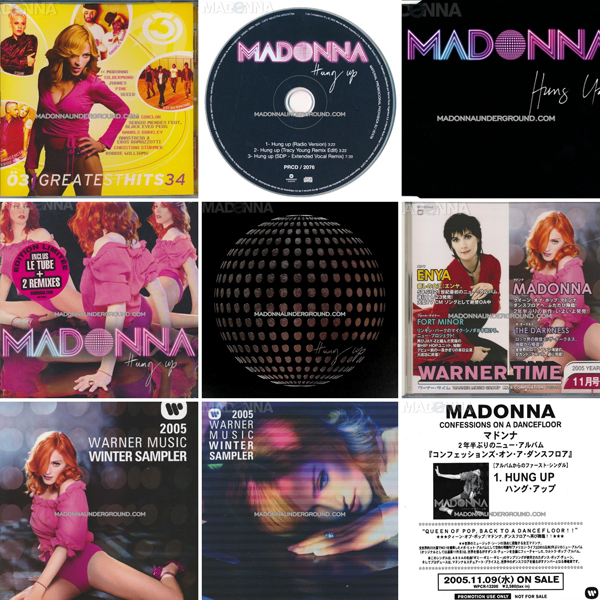 On to the next era in our discography!

After concluding the ‘American Life’ era and uploaded the singles to the current Madame X era, the time has come to start off one of Madonna’s most succesful era’s: ‘Confessions on a Dance Floor’.

Hung Up was the first single to be taken from the 2005 album and became one of Madonna’s biggest hit singles to date. Instantly recognizable upon hearing the famous ABBA ‘Gimme Gimme Gimme’ sample, an instant hit with a super infectious beat and chorus.

For the discography we have collected 33 different pressings, check them out HERE