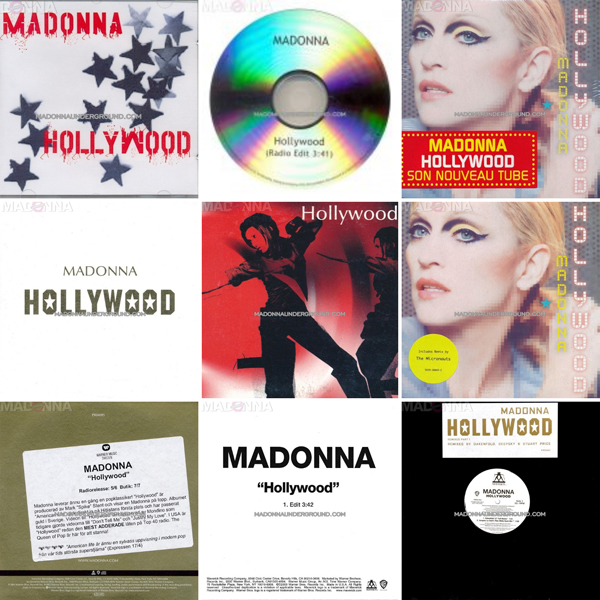 Next up is the discography to the second single taken from Madonna’s American Life album ‘Hollywood’.

Madonna performed the track on an extensive promotional tour, European performances included: Absolut Madonna (Germany), Jonathan Ross (U.K.), CD:UK (U.K.), TOTP (U.K.), La Chanson Nr.1 (France). Madonna has yet to perform it live during a (world) tour. A remix was used as an interlude during the Re-Invention Tour, with dancers Cloud and Tamara. The music video premiered in Holland on Veronica.

The most memorable performance is definitely the VMA’s with Britney, Christina and Missy Elliott. In true Madonna style her kiss with Britney made the front cover of various newspapers worldwide. What a shocker!

In our discography we have collected 31 pressings for you to view. Check them out HERE