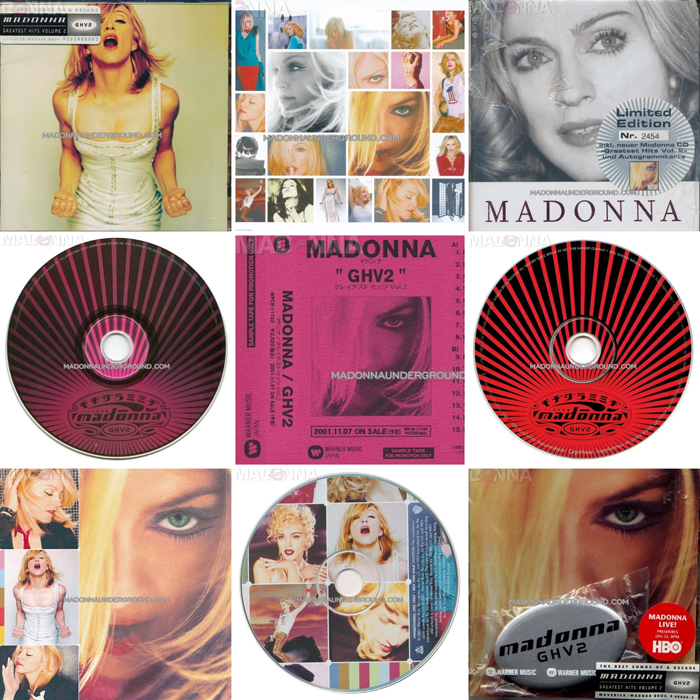 Next up in the discography was Madonna’s second greatest hits album: GHV2

Originally titled ‘The Second Coming’ was quite a departure from Madonna’s first greatest hits collection ‘The Immaculate Collection’ released in 1991. The songs were not included in chronological order, various edits were used and quite a few songs were ‘missing’. Also the fact that there were no new songs let to disappointment among fans. Warner Music launched quite a big promotional campaign and the compilation still sold well, though it can in no way compare to the success of The Immaculate Collection.

In the discography we have collected 42 different pressings (CD, cassette, vinyl and VHS)