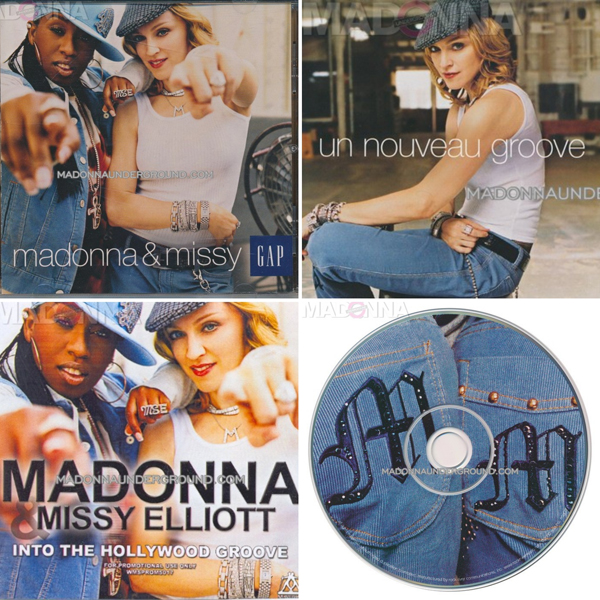 Next in our discography is Madonna’s collaboration with Missy Elliott for GAP back in 2003. Madonna recorded a new nostalgic version of ‘Hollywood’ titled ‘Into The Hollywood Groove’ mixing ‘Into The Groove’ (with new vocals and lyrics) with ‘Hollywood’ featuring Missy Elliott for this campaign. Besides the track they filmed a commercial together and a promo/free CD was pressed as a giveaway.

Madonna used this version during the Re-Invention Tour in 2004 with Missy on backdrop visuals. The track was later included on Madonna’s Remixed & Revisited EP (discography coming up, but working in chronological order)

In the discography we have collected four different (promo) pressings, click HERE to view